On this first day of the Israeli public school year, (Tuesday, September 1) students and their parents were hauled out of bed at 5:45 am in southern Israel were roused by the Code Red incoming rocket alert system.

The rocket launched by Gaza terrorists in Beit Lahiya landed short, however, and never made it past the security barrier into Israel.

The Egypt-based group once was confined solely to the Sinai Peninsula but now has infiltrated into Gaza as well, where it opposes the rule of Hamas over the enclave.

Sinai Province is also at the forefront of a savage rebellion against the government of Egypt and its security forces in Sinai.

Yair Farjoun, head of the Ashkelon Coastal Regional Council called on the Defense Ministry to reinforce protection against rocket attacks for educational institutions in the district.

Schools in southern Israel opened on time as they did elsewhere around the country, where a total of some 2.2 million students entered the classrooms for another year of learning. 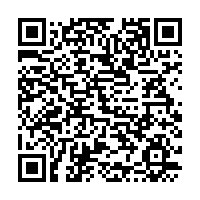