Defense officials from both countries met Wednesday in Tel Aviv to prevent “incidents” but are keeping quiet about the meeting.

While the Obama administration flounders in public distrust of Moscow, the Russian Armed Forces have met with Israel officials for the first round of talks towards establishing “a joint mechanism for preventing misunderstandings” around fighting in Syria.

Unlike Russian talks with Turkey, which officials in Moscow reported this week were continuing in order “to elaborate the mechanism for prevention of incidents on the Syrian-Turkish border,” no statement was made after the task with the Israelis

An IDF officer spoke with Defense News about future sessions and said:

It could be done by lower-echelon officers. We don’t want to make too much of it. We want to prevent conflict, but we don’t yet know how to do it.

In the end, we’ll agree on a mechanism and how it will be done. But it requires defining areas where one operates and making sure the other side won’t interfere or harm you, and vice versa.

We have two problems in Syria, both of which have nothing to do with Russia: One is the terror that is directed against us at our border, and for that we’re operating all the time. The other is the smuggling of high-value arms to Hezbollah, and needless to say we’re following this very closely.

Russia and Israel may not be the best of friends publicly, but they have developed a healthy respect for each other, without all of the emotions and hype by the Obama’s “unbreakable bond” with Israel. Prime Minister Binyamin Netanyahu and President Vladimir Putin are much closer in their understanding of the Middle East than either of them is with President Barack Obama.

Russia is in Syria to save the Assad regime and is not interested in attacking Israel. Its presence might actually make Israel safer in light of the rocket fire and mortar shells that have exploded on the Israel side of the Golan Heights border.

Many of the explosions were “stray fire, but some have been intentional, and Russia is in a good position to keep the firing inside Syria.

The most problematic situation is one whereby Syrian or Iranian forces try to ship weapons to Hezbollah in Lebanon. Israel has pre-empted several smuggling attempts by bombing weapons convoys in Syria, a maneuver that would be extremely dangerous with Russia patrolling Syrian air space.

It’s essential to avoid confliction, but until that happens, our Air Force will know how to take care of itself in problematic situations.

Everyone is shouting ‘Russians, Russians, Russians,’ but what about the Americans and dozens of others who have already been there for a year? At any given moment, there are hundreds of coalition planes in the air … The sky is vast.

Israel has routinely been conducting strikes exactly where the Russians are now expanding their foothold… Israel has signaled its neutrality toward the conflict, but it is unclear how the Israel Air Force will tolerate potential jamming, cyber strikes and limits of its space for maneuvering or if Moscow decides to establish an electromagnetic cordon sanitaire and anti access-area denial sphere around the pro-Assad coalition’s operational theater. 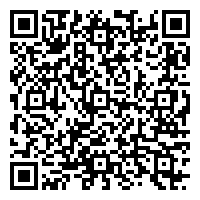