On Thursday, only two days after she had been hired, the Bernie Sanders campaign dropped its national Jewish outreach coordinator Simone Zimmerman, after her “vulgar” Facebook attacks on Prime Minister Netanyahu and on Israel had been exposed. (See Jordana Brown’s An Open Letter to Simone Zimmerman on this website).

A spokesperson for the Sanders campaign sent out an e-mail saying “she has been suspended while we investigate the matter.”


On Wednesday, The Washington Free Beacon discovered and published a Facebook post where Zimmerman described Netanyahu as “arrogant, deceptive, cynical” and “manipulative.” She used expletives and claimed the PM “sanctioned the murder of over 2,000 people this summer.”

Former ADL president Abe Foxman, World Jewish Congress president Ronald S. Lauder and many others in the American Jewish establishment called for her firing. Lauder called on Sanders “to clarify his own positions and whether this hire reflects his views on Israel. Does he support the positions Ms. Zimmerman espouses? If not, he should make that clear by terminating her immediately as one of his closest advisers. If Senator Sanders maintains her as his adviser, it will confirm that his views on Israel match hers.”

Zimmerman, who came up in J Street and similar anti-Israel groups, is closely associated with the Israeli anti-Zionist left. 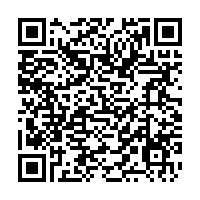