Sanders has visited synagogues in Vermont off and on, as a candidate and as a politician. As the mayor of Burlington, he helped the Chabad-Lubavitch community overcome obstacles when it was time to put up a public menorah for Chanukah.

In that he is strikingly similar to those children and grandchildren of Holocaust survivors and their relatives who transmit the trauma across and down through the generations. Some deal with it by clinging to their people and faith; others by rejecting it wholesale.


A bit of Israel-related trivia – the fact that Sanders volunteered on an Israeli kibbutz in the 1960s – sent journalists scrambling on a hunt because he refused to say which one. When at last it was discovered to be Sha’ar HaAmakim in northern Israel, one of the members told PBS that no one remembers him.

“It was a socialist kibbutz [back then,]” Irit Drori told PBS. “If Mr. Sanders was interested in socialism (since he describes himself as a democratic socialist), he could find people with whom to talk about it here.” 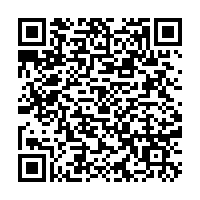