A chilling discovery was made Sunday morning by members of Moshav Hamra in the Jordan Valley — vandals chopped down and destroyed poles bearing electric power to the moshav.

The destruction by unknown hands signaled a plot to cut off power and communications to and from the moshav.


It might also potentially cut off the community’s ability to call for help in a terrorist attack.

The Palestinian Authority has insistently demanded that Israel hand over the Jordan Valley as part of the lands it desires for the creation of its hoped-for sovereign country.

Israel is unwilling to comply with this demand since the Jordan Valley has strong military significance. Relinquishing such a strategic location would be an act of national suicide.

District police told the Hebrew-language 0404 website that investigators were sent to the site and subsequently confirmed the attack appeared to have been carried out over the weekend. 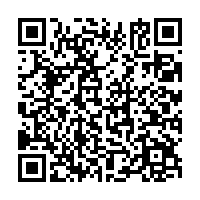