JERUSALEM – Arab rioting in the Jerusalem neighborhoods of Shu’afat and Beit Hanina over the past week have left segments of the city in shambles. One of the primary targets of the vandals was the Jerusalem Light Rail system, which they view as a symbol of Israeli sovereignty and of a unified Jerusalem, while using the same Light Rail to go to and from work every day.

Yesterday (June 7), CityPass, the company running of the rail system, conducted a tour, with police protection, to survey the damage.


Two stations within the Shu’afat neighborhood were completely destroyed.

All traffic lights, control systems and ticket selling machines were broken or burned; traffic signs were torn out of their place and shattered. concrete was poured into the rails. There were attempts to saw down the massive electric polls along the rails.

CityPass’s preliminary assessment is that the cost of the damage stands at millions of shekels, and it is estimated that it will take months to repair the system.

Yaron Ravid, CEO of Citypass, has been in constant contact with the police, the Jerusalem Municipality and the Ministry of Transportation.

Uzael Vatik, CityPass’ spokesman stated: “First of all, we want to fix the rail going through Shu’afat so we can get to Pisgat Zeev and get them back their service.”

The 45,000 Israeli residents of Pisgat Zeev were almost completely cut off from public transportation during the rioting, as the Jerusalem Light Rail doesn’t have an alternative route around Beit Hanina and Shuafat.

Citypass’s second goal is to restore the two stations in Shu’afat, that were destroyed by Shu’afat’s residents.

Approximately one-third of the passengers that use the Jerusalem Light Rail are residents of Shu’afat and Beit Hanina.

“We must remember that at the end of the day the people that suffer from this situation are the residents who use this train to get to the center of town, and now they cannot. We need to understand that the light rail is a microcosm of Jerusalem. The train goes through Arab and Jewish neighborhoods and they all use it. That’s the beauty of Jerusalem and we need to be careful with this delicate reality. ”

At this stage the train is only partially operational. 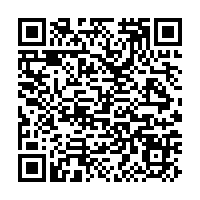