An Arab businessman is being forced to decide between certain torture and death, or the lives of his son and brothers, as 17 Jewish families prepared Sunday to move into new homes in Hebron.

The two renovated apartment buildings were purchased from the businessman, once a resident of Hebron, near the Cave of the Patriarchs in Judea’s ancient city where the Biblical patriarch Avraham himself “paid silver” to buy the cave as a burial site for his wife and family, for eternity.


They even have keys, which they received after purchasing the homes, signing the proper documents and receiving original contracts.

But  as the government slowly digs its way through the tangled red tape of Israeli bureaucracy, the world waits to see whether Jews will really be allowed to move into the buildings in Hebron.

International voices are clamoring to prevent this from happening, calling it more “provocation” and “settlement expansion” that upsets Arab residents of the city that has become a nesting place for agitators and a safe haven for terrorist organizations who set up regional headquarters there.

Meanwhile, “Enlarge the Place of Thy Tent,” a local Jewish NGO, continues its work to seek out as many properties for sale as possible and set about purchasing them legally. The group maintains the sale documents to these House of Rachel and House of Leah are 100 percent “clean.”

The former property owner and seller certainly hopes so. He has given up his future in the city and that of his family for the deal. He, his wife and several children are staying in central Israel in a safe house, since he faces the death penalty in the Palestinian Authority for having sold property to Jews.

His 17-year-old son, who refused to leave Hebron with the rest of the family when he was warned to do so, and several brothers are being held by PA security as hostages to pressure him into returning to face death. “They will never see the light of day again,” he’s been told, if he does not return to take their place, Ynet reported Sunday.

It’s Hobson’s choice: this man is a wealthy business owner and for five years he has made careful plans to leave this place with all of his family, to start a new life abroad. Because of his stubborn teenage son, he now faces the choice of accepting torture and a death sentence, or sending his son and guiltless brothers to life in a Palestinian Authority prison.

This all began five years ago, after a Gentile representative of the NGO approached the property owner to see if he might be willing to sell two buildings to Jews. At that time, both were for sale but were dilapidated and had stood empty for years near the Cave of the Patriarchs. The owner was willing to talk about it, and the conversation began.

It’s not the first time such a deal has been considered by an Arab resident – there are more ready to sell than one might imagine – but the process is not simple. Documents might not be valid, the seller might not actually be the legitimate owner; any number of factors can torpedo a transaction.

Rabbi Shlomo Levinger, son of the late Hebron Jewish community leader Rabbi Moshe Levinger, z’l, is a member of the NGO, which works to purchase property in Hebron, an ancient Biblical city. Levinger lives in the Hebron Jewish neighborhood of Tel Rumeida. The conversations between Jews and Arabs in Hebron

In addition to gently checking with property owners about their willingness to sell, the NGO nowadays is also approached by Arab residents who have reached the point where they too are willing. It is no secret that the Jews will pay more for a home in Hebron than might a fellow Arab. Many want to leave, fearing what the future might bring. 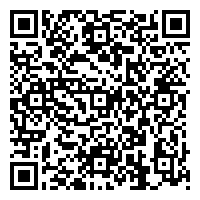