The anti-democratic Left in Israel is so deeply wedded to its theological catechism regarding the Rabin assassination that it is prepared to trash a school textbook that dares to mention that there are some who dissent from the prevailing leftist McCarthyism.
For two decades the Left has been reciting the mantra that the killing of Rabin by assassin Yigal Amir was caused by “incitement,” by which the Left means non-leftists exercising their freedom of speech.  The Right called Rabin names and later he was killed, and in the ‘minds’ of the Left this constitutes proof.   Of course the Supreme Court forced Rabin to import expelled terrorists from Lebanon into Israel before the assassination so how do we know THAT did not cause the assassination?
Political discourse had been vulgar and shrill in Israel before the Rabin murder and ever since Independence but never produced assassination.  But why let facts get in the way of political theology?  Leftists in Israel use language far worse than Rightists.  For example, on his Facebook page the ‘Peace Now’ professor Amiram Goldblum every day denounces those Israelis with whom he disagrees as Nazis, including those who brazenly wave Israeli flags.

Minister of Education Bennett is preparing to introduce a new civics textbook into the school curriculum.   It is quite diverse and well balanced, fairly presenting opposing views in the text on all matters of debate and controversy  in Israel.
But the book-burning Left is aghast and wants the book, er, burned.  It seems the book mentions that the past Attorney General, leftist Manny Mazuz, says there is no proof that “incitement” caused the Rabin assassination.  How dare the book cite someone telling the truth!!  There are a few other instances of departure from political correctness that also enrage the persons of Red.
The other evidence the Left has is that Stalinist Ayman Odeh, head of the Joint (Arab) List, does not like the book.  “This book is a continuation of the government campaign of incitement against Arab citizens,” he said. “It is a mixture of lies and hatred.”  Meretz’ chairwomen Zehava Galon claims there is a distinction made in the book between ‘bad Arabs’ and ‘good Arabs’ who are loyal and serve in the IDF.”  She evidently wants the stabbers of Jewish mothers to be considered good Arabs also.
The Left is screaming “politicization,” but for years the Left managed to get its own biased texts introduced as textbooks.  Its jihad for and against textbooks is hardly neutral.
Just witness the conniptions the Left had last week when Bennett declined to adopt as a classroom text a novel romanticizing Jewish-Arab intermarriage and smearing Israeli soldiers.   ‘Censorship,’ bellow the reds.  Except no one is preventing the publication of that book or anyone reading it.  It is simply not being used as a classroom text.  Neither is Bibi Netanyahu’s  own book.
Past Israeli governments tried to adopt textbooks that declared Israel’s existence a catastrophe and even compared that Arab ‘Nakba’ to the Holocaust.
But the leftist “theory” about “incitement” by non-leftists is unchallengeable gospel among the chattering classes of Israel.  Like in medieval Europe, challenging leftist theology will get you indicted before the Left’s Inquisition, its captive media. 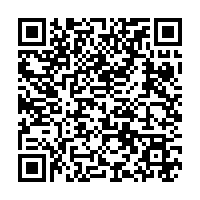