Sometime, when you observe Shabbat while being employed by a newspaper, you pay the penalty of being way behind the rest of the gang. But since we assume our readers in Israel and the rest of the world are also Shabbat observers, welcome to this fresh bit of news, on the shelf barely since Friday:

British and American agents targeted the office of Israeli Prime Minister Ehud Olmert and Defense Minister Ehud Barak from 2008 to 2011, according to the latest documents leaked by Edward Snowden and published Friday.

Former PM Olmert’s office has stated that “if the details in the publication are accurate, we should emphasize that this was a public email address used by the Premier’s office to receive applications. The chance that a security or intelligence damage has been caused from hacking this email address is miniscule.

Of course, Ehud Olmert is the Administration’s go-to Israeli on attacking Netanyahu’s policies, both on Iran and the Palestinians, so it won’t pay for him to get all angry about his benefactors.

But other sources have been equally unperturbed—at least in speaking to reporters—suggesting the hacked emails were not classified and that any information in them could have been acquired through simply listening to the radio or reading the papers.

According to Israel’s Channel 2 News, Israel’s defense apparatus is going to demand clarifications from the U.S., especially to make sure the activity has stopped.

Speaking to Ynet, a Defense source said: “Wherever we are, we assume we’re being listened to and followed, be it in mobile phone conversations, or in hotel rooms abroad.”

Several Israeli news reports suggested sensitive conversations with Netanyahu are often interrupted by a switch to gestures only, nothing in writing, nothing over the email or texts – the PM doesn’t even have a computer on his desk.

How about bringing back semaphore flags? Aldis lamps?

The same source said at least one prime minister has made it his business to plant misinformation in his phone conversations, to manipulate American policy according to his needs, making spying a double edged sword.

Joaquín Almunia, the EU’s competition commissioner, has also been spied on – while he is in charge of sensitive antitrust cases, including one against Google. Brussels reacted furiously to these revelations.

An NSA spokeswoman said the agency did not use espionage to help U.S. businesses.

“We do not use our foreign intelligence capabilities to steal the trade secrets of foreign companies on behalf of – or give intelligence we collect to – U.S. companies to enhance their international competitiveness or increase their bottom line,” the spokeswoman said.

That means, without a shred of a doubt, that they absolutely used their intelligence capabilities to warn Google about the stuff the EU has on them.

Old rule on knowing when the chief of police is lying: watch his lips very carefully, and as soon as they start moving – he’s lying. Works just as well for NSA spokeswomen.

In this case, though, I believe the NSA has exceeded the lying part and leaped into the chutzpa region, declaring: “The intelligence community’s efforts to understand economic systems and policies, and monitor anomalous economic activities, are critical to providing policy-makers with the information they need to make informed decisions that are in the best interest of our national security.” 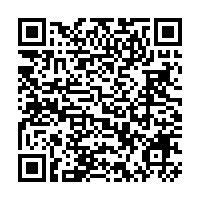