The SodaStream plant in Lehavim was forced to lay off the remaining 74 Arab workers Monday who had transferred with the company in October from the Palestinian Authority.

SodaStream produces a small machine for homemakers to create their own fizzy drinks.


There was no choice. SodaStream had been forced to move from its site on the “other” side of the 1949 Armistice Line due to pressure from the Boycott, Divestment and Sanctions (BDS) movement ending the jobs of 500 PA workers.

A boycott of Israeli products in PA-controlled territories had proved effective, persuading SodaStream there was no point in remaining in the area.

The BDS coordinator in the PA capital city of Ramallah – Mahmoud Nawaja’a – called the loss of the jobs at SodaStream “part of the price that should be paid in the process of ending the occupation.” But then, Nawaja’a was not one of those who lost his livelihood.

Last year’s European Union labeling requirements forcing Israeli companies to indicate whether their products were made in areas outside of pre-1967 Israel only aided and abetted the BDS boycotts.

The welcome move by the British government last month to ban the public sector boycotts of Israeli suppliers came too late for SodaStream’s PA Arab workers.

In addition, after the start of the terror wave, Israel cut off work permits because many of the murderous terrorists attacking innocent civilians were found to be PA residents with work permits and no criminal records.

That was the employment death knell for the PA workers who had been able to move with the company to its new location in Lehavim.

“There is no hope in Palestine,” Anas Abdul Wadud Ghayth told Voice of America. Ghayth is one of the Arab workers from the Palestinian Authority. “There is little work; we can’t be happy there like we were happy here.”

The company said it would fight to get the work permits back for its PA Arab employees.

“If the government of Israel does not allow the Palestinians to get to their jobs, I will bring those jobs to the Palestinians. That is not a threat. It is a fact,” said Daniel Birnbaum, SodaStream’s CEO.

According to the Coordinator of Government Activities in the Territories (COGAT), 58,000 Palestinian Authority residents still hold permits to work in Israel. Another 27,000 are working for Israeli businesses in Jewish communities and industrial zones in Judea and Samaria. 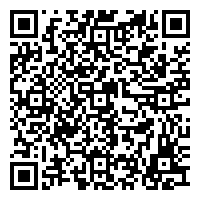