Strategic Affairs Minister Yuval Steinitz said Monday that the threat posed to neighbouring countries by the Islamic State terrorists shows that Israel must not withdraw from Judea and Samaria without first obtaining the complete demilitarisation of Gaza.

Steinitz added that Israel is not opposed to long-term ceasefire, but added that Jerusalem would condition the rehabilitation of Gaza on the disarming of the Strip.

Steinitz also accused the PA leader of playing a double game vis-à-vis Israel – Hamas fires rockets and missiles at Israel, while Abu Mazen fires “diplomatic missiles” that threaten to ask the UN to try Israeli leaders at the International Court of Justice at the Hague. 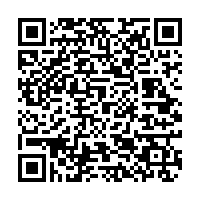