Americans from the Midwest are known for getting confused when they step into the Big Apple – but not that confused.

This week on the CBS Late Show with Stephen Colbert, viewers were treated to a rare Broadway performance by the comedian, who really has a great singing voice when he gets going.

Get going he did, once a little boy and his parents loudly expressed their lack of understanding about why the man on stage was talking in a suit, and not singing.

“He doesn’t look anything like Tevye … What scene is this?” the parents remarked loudly. In the comic bit they explained they had flown “all the way from Kansas” so their small son could see the revival of “Fiddler on the Roof” — but clearly, this was not it.

“Maybe you got confused,” he said, explaining deadpan that ‘Fiddler’ was at the Broadway Theater across from CBS’ Ed Sullivan Theater where his “Late Show” is filmed. “Sometimes people get mixed up and get in the wrong line.”

The child looked sad. “It’s my last wish,” he murmured. The last in a long line of wishes for the moment, his father added as explanation.

With that, Colbert agreed to try for at least one song, and swung into a few bars of “Matchmaker, Matchmaker – and suddenly was joined by the cast of the Broadway production from across the street. That scene then segued into “Fiddler on the Roof, with Colbert in full regalia, complete with fake beard and black Chabad-style fedora, dancing with the cast. 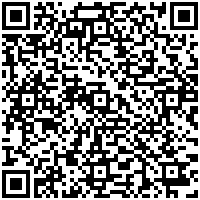