No physical injuries were reported, but the front windshield was smashed on at least one of the vehicles.


Stoning attacks are extremely dangerous and under Israeli law rocks have this year been designated as lethal weapons.

Numerous Israelis have died due to attacks by Arab terrorists hurling rocks at their moving vehicles.

Those convicted of such murders can face a sentence up to 20 years in prison. 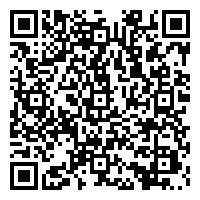