A bill to increase the prison sentence for terrorists convicted of throwing rocks at moving vehicles passed in the Knesset on Monday night. The bill is actually an amendment to an existing law that required proof of intent and created other obstacles in attempts to prosecute terrorists on the road.

From now on, however, those who are caught and convicted of the crime may now face a penalty of up to 20 years in prison, depending on the circumstances.


The bill, originally proposed by former Justice Minister Tzipi Livni and this time advanced by Justice Minister Ayelet Shaked, was approved by a 69-17 vote in its second and third readings late Monday evening.

“It’s absurd that until now the burden of proof was on the prosecution,” Shaked pointed out ahead of the first reading of the bill. “The law will put the responsibility back on the rock-throwers and will assume that anyone who throws a rock automatically intends to harm.

The new law states that a perpetrators who throws a rock or other object at a civilian vehicle could face a sentence of up to 10 years in prison. One who targets a police or security vehicle faces double that punishment – 20 years – as he would for aggravated assault of a police or security officer, interfering with the performance of his or her duties.

“Justice was made today,” Shaked said after the vote. “For years, terrorists escaped punishment and accountability. Leniency for terrorists stops today. A stone-thrower is a terrorist and only an appropriate punishment can serve as deterrence.”

In addition, the amended law now takes into consideration the issue of intent when considering the length of the penalty: without proof of intent, a judge can impose a prison term of up to 10 years. If the prosecution proves intent to harm, regardless of the identity of the victim, a judge may impose a sentence of up to 20 years in prison.

This is particularly relevant in cases such as this year’s death of road terror victim 4-year-old Adele Biton, or the rock attack murder of Kiryat Arba resident Asher Palmer and his baby son Yochanan several years ago. Palmer was killed by two Arab terrorists who hurled a large rock at his windshield in a drive-by attack on Highway 60 in Judea near Kiryat Arba.

Palmer’s death and that of his child were initially believed to be accidental due to a motor vehicle mishap when authorities saw the car in a ditch. But medics who came to the scene noted the injuries, saw that his weapon was missing and observed the nature of the smashed windshield. A post-mortem CT revealed confirmed that Palmer sustained a fractured skull due to a sharp blow from the rock that was later found in the vehicle, making it clear the deaths were no accident. An investigation led to the Palestinian Arab perpetrators who subsequently described their “accomplishment” with pride in an Israeli courtroom.

Earlier this month, an IDF brigade commander in Samaria shot and killed a Palestinian Arab who hurled a large rock at his windshield, smashing the glass directly in front of his face. The commander and his passengers managed to reach their base safely. 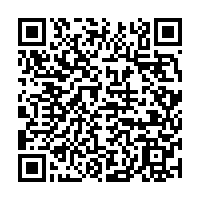