She was just four years old, but little Adele Biton has changed lives around the world.

When her story first hit the headlines, many more people – including Jews – had no idea that Arab rock-throwing was really “road terror,” another form of murder.


Adele’s mother Adva was driving with her three young daughters on Route 5 in Samaria in the West Bank when Palestinian Authority Arabs attacked her family as they passed, hurling rocks at the car.

All four were wounded – three moderately injured – after the car swerved off the road and collided with an oncoming truck. Two-year-old Adele was trapped in her car seat and was in critical condition. Her mother, who drove the car, also was trapped. Firefighters worked tirelessly to rescue them all.

Adele was rushed to Rabin Medical Center in Petach Tikvah but soon was transferred to the intensive care unit at the adjacent Schneider Children’s Hospital. For 18 months she underwent one operation after another, and then finally, in August 2014, the little girl was allowed to go home.

For six months she was free – fragile, but free.

Half a year later, her condition again began to deteriorate as the neurological injuries she suffered in the attack continued to complicate her life medically. “Every little thing that adds stress makes a huge difference,” her mother explained.

Adele caught pneumonia and returned this morning to the intensive care unit at Schneider Children’s Hospital where once more, the staff began the fight for her life.

May her memory be blessed, may her blood be avenged.

For Adele is not the first to die as the victim of road terror, the attackers using rocks as ammunition, their own arms as murder weapons of choice.

Those who attacked her family were a gang of five Palestinian Authority Arab teens ages 16 and 17 from the Samaria Arab village of Haras. The confessed to their “mission” under interrogation by the Israel Security Agency (Shin Bet), the ISA said in a statement after arresting the members of the teen terror cell.

Sadly, there have been others.

Asher Palmer, 24, was the son of American immigrants to Israel when he and his baby son Yonaton were murdered on September 23, 2011 – but the case was initially not as clear.

Law enforcement first believed Asher lost control of his vehicle near the Judean city of Kiryat Arba due to a motor vehicle accident. First responders told them plainly – and showed them the evidence (three rocks, include one stained with blood) – that the accident was due to a terror attack.

Within days the security assessment changed and two Palestinian Authority Arabs were arrested and charged in connection with the attack. Both proudly confessed to the murders. A third who witnessed the attack and stole Asher’s wallet and handgun from his body was also convicted of theft.

In that month of September 2011 alone, 498 incidents of rock attacks were recorded by the IDF.

The Palestinian Authority strives to glorify those who maim and murder Jews and Israelis, and especially honors those who succeed in terror attacks against citizens of the Jewish State. The PA even pays monthly salaries to those who are convicted on charges of terrorism and incarcerated in Israeli jails for such crimes. The longer the sentence, the higher the salaries, which are indirectly — and perhaps inadvertently — supported by the international community which provides financing to the PA government without mandating that it reform such practices.

Economy Minister Naftali Bennett said in response to the news of Adele Biton’s passing, “There are no words… Any people whose heroes are the murderers of children will never have a state.” 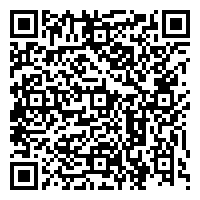