Syria’s opposition says it is disappointed with U.S. President Barack Obama’s decision to wait for approval from Congress before launching a punishing attack on the government of President Bashar al-Assad.

Opposition officials say the delay in a retaliatory strike will give Assad time to harm more civilians.


Later Saturday, President Obama formally asked Congress to endorse his use of military force against Syria, which will “deter, disrupt, prevent and degrade” the Assad government’s capacity for more chemical attacks. The president ruled out putting American ground troops in Syria.

According to Obama, the attack on the outskirts of Damascus almost two weeks ago was the worst chemical weapons attack of the 21st century, and the U.S. must not turn a ‘blind eye” to it.

It is astonishing to realize that, in the president’s view, the murder of close to 120,000 Syrians by both sides in the current raging civil war in that country is dwarfed by comparison to several hundred who dies from exposure to chemical weapons.

While Obama is waiting for a response from Congress, due in 9 or so days, any possibility of British involvement in a military campaign in Syria has been effectively ruled out after British lawmakers voted against it.

By a 285 to 272 margin, the MPs rejected the government’s motion to support in principle military action against Syria.

Meanwhile, French Interior Minister Manuel Valls said on Sunday that France will not take action alone against Syria, and will also abide by the decision of the U.S. Congress.

“We had a feeling of disappointment,” Syrian National Coalition’s top official Samir Nashar said, adding, “We were expecting things to be quicker, that a strike would be imminent … but we believe Congress will approve a strike.”

In a later statement, Syria’s opposition coalition called on U.S. lawmakers to support military action, as well as supply more arms for the rebels.

“Dictatorships like Iran and North Korea are watching closely to see how the free world responds to the Assad regime’s use of chemical weapons against the Syrian people,” the Syrian opposition coalition said in a statement issued in Istanbul.

sadly, both those regimes have learned long ago that they can manhandle their civilians any which way they prefer, as long as they avoid hurting an American, a European, or one of their own who writes nice and gets published in the West. Otherwise it’s open season, really.

“If the free world fails to respond to such an outrageous breach of international norms, dictators around the world will be encouraged in their efforts to follow the example set by Assad,” the statement continued.

“The Syrian Coalition believes any possible military action should be carried out in conjunction with an effort to arm the Free Syrian Army. This will be vital in restraining Assad and ending the killing.” 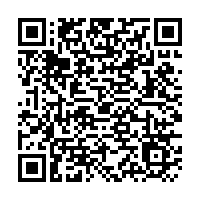