Israeli negotiator Tzipi Livni is opposing a legislative move to protect women, Jews and Arabs, in Judea and Samaria who are pregnant or are on maternity leave from being fired because doing might be interpreted as de facto annexation of Jewish communities.

Prime Minister Binyamin Netanyahu promised on Sunday that the law protecting the rights of women in the rest of Israel will also apply to women in Judea and Samaria. The Cabinet Ministerial Committee previously has approved the bill.


Livni, always one of the first to speak for women’s rights when it is convenient for her, is worried that the law, if passed, might affect the secret talks between Israel and the Palestinian Authority. PA chairman Mahmoud Abbas could interpret a legislative change as intentional move towards Israeli sovereignty.

She has support from Attorney General Yehuda Weinstein, who has come out against Knesset’s applying the law, proposed by Jewish Home Knesset Member Orit Struck. They ignored the fact that the Knesset already has applied specific laws to residents of Judea and Samaria at least a dozen times.

As it stands now, Israeli companies and government offices in Judea and Samaria can fire women if they are about to give birth or are on maternity leave.

Equal rights, especially those for women, normally would be an unquestioned principle, but when it comes to “settlers,” everything goes upside down.

At least two Yesh Atid ministers also object, and Livni and Weinstein want the change to come through a military order.

Weinstein  argues that previous Knesset laws for Judea and Samaria were of a “personal” nature. Women’s maternity rights apparently are political, not personal, according to the Attorney General.

Legitimate feminists, and not opportunist feminists like Livni, put their principles above politics, even if they are left-wingers.

Labor MK Merav Michaeli, a strongly feminist activist, backs Strucks’s bill. “First and foremost I think every country should regulate companies owned by its citizens to protect human and workers’ rights wherever it operates,” Michaeli explained. “Both international law and human rights organizations agree today that rights should be protected as much as possible, also under occupation.

“Approval of the law is an appropriate and normal step that finally recognizes that human rights in general, and women’s rights in specific, should not stop at the Green Line.” 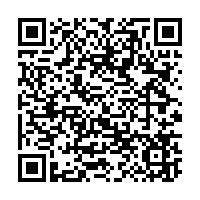