Israel Police closed the Temple Mount to Jews on Sunday, which falls on Chol Hamoed, a period which lasts through Tuesday night.


Chol Hamoed is a prime time when Jewish tourists traditionally visit the site due to the intermediate days of the Jewish holiday of Sukkot (Feast of Tabernacles.)

“The conduct of Israeli police is giving terrorists a boost,” Shaked charged. “The conclusion drawn by closing the Temple Mount following Muslim rioting is that the State supports terror and that it would be wrong not to do so.

“I call on the public security minister [Yitzchak Aharonovich] to address this oversight and make some decisions,” she said.

Likud MK Moshe Feiglin accused Aharonovich of allowing Hamas and the Islamic State in Iraq and Syria (ISIS) terror group to take over the site after a coordinated riot left four police officers injured, the site open to Arabs and still closed to Jews.

“Hamas and ISIS have taken control of the Temple Mount for the fourth day,” Feiglin said on Sunday, according to Arutz Sheva.

“The prime minister’s words claiming victory over Hamas and sending a message of deterrence to Hezbollah are crashing into a rock on the Temple Mount in Jerusalem.

“Hamas representatives and ISIS members have been able to barricade themselves at the Mount,” he said. “Meanwhile, Aharonovich prevents police from arresting terrorists in the heart of the capital, which would free the Mount from their hands and allow Jews to ascend to the Temple during Sukkot.”

The public security minister’s office has said in response that “hundreds of arrests have been conducted in recent weeks” and cited a ‘dramatic drop” in riots. 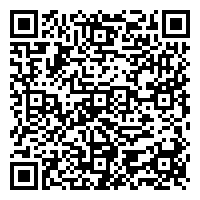