Border Guard Police officers working together in a joint operation with Israel Security Agency (ISA) personnel stopped a Palestinian Authority terrorist from delivering arms to fellow operatives in Judea and Samaria on Tuesday.

Border Guard Police officers received an intelligence alert from the Shin Bet (ISA), warning of an armed passenger on a Palestinian Authority bus that had departed from Ramallah, heading towards Shechem.


Israeli security personnel stopped the bus at a roadblock set up at the Tapuach junction, and began their search of passengers and baggage on the vehicle, including the baggage compartment below.

In one of the bags tucked away, the police officers found a perfectly clean M-16 assault rifle and magazines. Among the passengers, they found their suspect: an Arab resident of the Balata neighborhood of Shechem in his 20s, quietly traveling with 45 other riders on the bus.

The terrorist was immediately arrested by Israeli Border Guard Police officers and transferred to security personnel for interrogation. 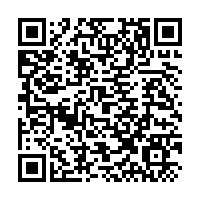