IDF soldier Shiloh Hadad is the lone survivor of the Golani 13, a combat team of fierce Israeli warriors who battled with Hamas terrorists just after midnight on Sunday.

This is his story, as told to his parents, who were rewarded with a 15-minute visit and a hug to reassure them their son was still alive after hearing the news that his comrades had died in battle.


Hadad was the eighth man in the APC (armored personnel carrier) that fought a fierce firefight with Hamas terrorists in the Shejaiya neighborhood of Gaza City.

His APC was set ablaze after an explosive device was detonated beneath it. Seven soldiers were killed.

Reportedly, it was an older APC and the vehicle was not equipped with the type of armor that its built to withstand such a blast. Hadad somehow managed to escape the inferno. Within 15 minutes, an eighth comrade in a nearby unit paid the ultimate price in the heavy fighting around him.

A lull, and a few hours of quiet.

Four hours later the battle resumed. Two more Golani soldiers died as the force fought Hamas terrorists around the buildings and in the alleyways of Shejaiya. The fighting went on for hours; and just before 9:00 am, the terrorists trapped a Golani unit inside a burning building. Three more Israeli soldiers died.

After the battle, Shiloh’s parents learned their son was in the Golani unit that had fought the battle, its APC a flaming wreck.

But as soon as he could, Shiloh called his parents to let them know he was okay, telling them, “You do not understand what has just happened to me.” They immediately set out to find him. It took hours to track him down.

“They wouldn’t let him go once they had their arms around him,” his aunt, Batsheva, told Hebrew-language media. “They held him 10, 15 minutes. But then after telling them what he went through, and how he was feeling, he said, ‘I have to go back in to the front, back to my friends.’ And he was gone.”

His aunt added that it was not clear how Hadad had managed to remain alive. “After that, he managed to escape but it is not clear how, and they had no time to talk.” His lightning decision to leave the APC when he did is what saved his life — a miracle.

“The fog of war still hangs over the incident, but it is likely that after the operation is over we will find out more details through the investigation into the incident,” she said. “But one thing is certain: Shiloh is a Golani warrior. He went through a really serious battle, but he insisted on going right back to Gaza.”

Hadad’s father agreed with his son’s decision, as difficult as it must have been for him. “This campaign is intended to save Jewish blood,” his father said. “We all are waiting in safety for him to do his job and protect the homeland. That is the way we taught him, and it is the way our family believes. My brother is in the military, and we have in our family other officers and commanders as well.

“I hope with all my heart and soul that all our soldiers return safe and sound.” 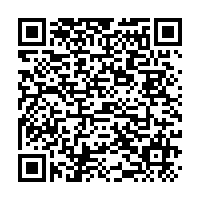