Israel needs an ally as it faces an array of representatives who hope to bring about a premature cease fire with Hamas terrorists intent on wiping out the Jewish State.

Hamas has no qualms about using any form of human or other innnocent creature as a shield for its weapons in attacking Israeli civilians and soldiers. Nor has its ability to launch a constant barrage of short and medium-range rocket and missile fire been significantly impaired thus far — a lethal threat to the millions of Israeli men, women and children who are spending more time in their bomb shelters than outside of them this summer.

Noah Pollack’s Emergency Committee for Israel (ECI) explained the issue: “Israel does not need a mediator. Israel needs an ally. Pressuring Israel to agree to a cease fire that rescues Hamas from defeat and leaves it in possession of its missiles, tunnels, and terror infrastructure is foolish and wrong. If President [Barack] Obama and Secretary [John} Kerry want to advance the cause of peace in the Middle East, they should support Israel and its campaign to end the terror threat from Gaza.”

But instead, shortly after heading into a meeting with United Nations Secretary-General Ban Ki-moon, Kerry announced the U.S. will send $47 million in ‘humanitarian aid’ to Gaza, of which $15 million is earmarked for the United Nations Relief and Works Agency (UNRWA) there.

UNRWA, incidentally, which purports to be scrupulously neutral in its dealings in Gaza, “discovered” 20 missiles at one of its schools in the town of Rafah, located on the border of Gaza and Egypt a few days ago during a routine inspection by international staff. The missiles were quietly handed over to the Hamas terrorist organization.

Kerry’s aides added a statement warning that it would be “difficult” to achieve an immediate and lasting cease fire – but that he hopes to make progress in the next few days to reach a temporary pause.

Israel agreed to two humanitarian cease fires since the start of Operation Protective Edge, including one requested by the International Committee for the Red Cross on behalf of Hamas itself. Hamas violated them both, firing mortar shells and rockets at Israeli civilians during the “pause” each time. Israel held its fire nevertheless; but should it now?

What kind of ally aids an enemy to reach a cease fire in which it can attack a friend?

Meanwhile, Hamas is insisting that Qatar and Turkey be allowed at the table to represent its interests in talks with Egypt, which is mediating the negotiations.

Qatar – a generous fiscal patron of Hamas — recently purchased $11 billion in military weapons and hardware from the Obama administration. In whose hands will those weapons eventually land?

In the first week of June, Qatar pledged $60 million to help pay the salaries of Gaza workers in the Palestinian Authority unity government. The money was to be transferred to the PUG offices in Ramallah in three monthly payments of $20 million each, according to Qatari government spokesperson Ihab Bseiso. The Qatari government has sent funds to Hamas before, even via charitable organizations in the United States. The Al Jazeera television network has also been described in a February 2006 State Department cable leaked by Wiki Leaks as a “big friend of Hamas.” Hamas political chief Khaled Mashaal maintains an office in Doha, the capital of Qatar.

Turkey is also no friend of Israel at this point and appears to be coordinating its moves with Qatar, and possibly with Iran as well, with whom it has strong ties.

Turkey’s Prime Minister Recep Tayyip Erdogan, himself a sympathizer with radical Islamists, is closely linked to the Muslim Brotherhood and a longtime supporter of Hamas in Gaza. He has brought Turkey much closer to Tehran and successfully sabotaged diplomatic ties with Israel in the years he has served as prime minister, but now faces a fight to stay in his job. Turkey goes to the polls on August 10 to elect a president who will lead the nation alone, instead of the current dual ‘prime minister-president’ system. Erdogan needs a reason to ‘wow’ his constituents and firm up his AKP electoral base, comprised of Islamist voters. There are two competitors for the presidency; one a secularist, the other a moderate Muslim.

Why Is Antisemitism So High in Ireland? Irish Woman Shares…. – The Tamar Yonah Show [audio] 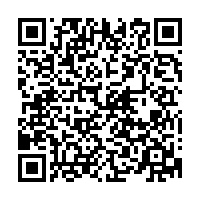