When Phyllis Chesler first published The New Anti-Semitism more than a decade ago, it was a glowing lamp in the darkening night.

Since that time, The Jewish Press readers know that much has gotten worse. Anti-Semitism is louder, more widely and brazenly espoused, with less shame, than it had been in decades.


More people can now see what Chesler has seen all along, but far too many remain blind.

The essence of the new Anti-Semitism, Chesler explains, differs from the old in the way in which the center-to-hard left has taken up the cudgels, thereby making anti-Semitism (which includes the unalloyed hatred of the Jewish State) acceptable, even required, for those who hold themselves out as anti-colonialist, anti-racist, anti-imperialists.

The new anti-Semitism is the marriage of the evil far-right to the slavering far-left. It is ugly and it is increasingly ubiquitous.

In this brand new edition of The New Anti-Semitism (Gefen Publishing House 2014), Chesler provides answers to some of the questions her original edition raised. What is particularly welcome is her chapter containing suggestions for action by those who have begun to realize action – decisive action – must be taken before it is too late. Those suggestions won’t be found in this review, because anyone interested should buy the book and support this frontline warrior.

Much of the same ground has begun to be covered elsewhere by the few who saw the light since Chesler’s first edition came out, but here is why this book is different from the other sources now mining this essential topic: this book was written by someone who was immersed in the world that now seethes with hostility to Jews and their nation. The New Anti-Semitism is written by someone with a constellation of qualities that make her uniquely credible.

Chesler’s bona fides as a giant of the left are impeccable. She was one of the founding deans of the modern feminist movement, having served in the trenches with Kate Millet and Andrea Dworkin, among many others. Her longstanding and current commitment to feminism makes her accurate portrayal of the feminist movement’s turning on the Jewish State so important and so poignant.

And then there’s the fact that Chesler was first married to an Afghani Muslim and lived in Kabul in the family’s harem (as described in her fascinating An American Bride in Kabul). And she was later married to an Israeli Jew. Want to discuss western confrontation with the eastern Other with someone who’s really been on the line where they meet? Try to top that. No one can.

An additional reason you should read Chesler’s book is her writing. While much of the book provides historical accounts of the old and the new anti-Semitisms, all of these reflections come in Chesler’s inimitable style: conversational, dramatic, engaging.

The new The New Anti-Semitism provides readers with accounts of events in recent history which have been dramatically and dangerously misreported in the mainstream media.

Chesler as our guide through the earliest instances of (the “old”) anti-Semitism: blaming Jews for the murder of Jesus, through to Dreyfus, Herzl and Hitler takes us on a familiar path, but she combines a lens of clarity with a compelling voice.

This book also shares some of the less well-known modern-day detours, descriptions of which should be required reading for anyone who purports to care about what is happening in the Middle East.

Chesler is particularly insightful regarding the highjacking of various national as well as global conferences, hosted by the United Nations, by feminists and others, which were transformed into festivals for trashing Jews, Judaism and the Modern State.. This author had a front row seat at many of these events, and she provides an unmatched vantage point and voice of anguish. The disinvitations to even leftist, anti-Israel Jews should have been a warning; it wasn’t, other than to Chesler and very few others. 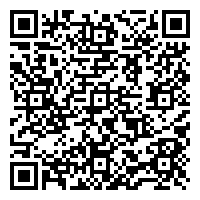