Two people were killed and 16 others were injured after Bus Number 461 fell off a cliff late Thursday night while traveling in stormy weather along Highway 60 in Binyamin near Ma’ale Levnona, southwest of Ariel. One of the dead, is the driver from nearby Ariel. The other is a young man.

Three of the injured were reported in critical condition; three others were seriously injured and the others were in fair to good condition. Paramedics from Magen David Adom and the IDF raced to the scene along with the United Hatzolah emergency response organization to treat the victims and evacuate them to Beilinson Medical Center in Petach Tikvah.


The bullet-proof armored bus skidded off the road in the stormy weather, according to initial reports by Magen David Adom (MDA) and fell some 70 meters off the cliff into a wadi, or ravine.

Medics and doctors from units as far away as Jerusalem, Binyamin and Samaria were called to help check for passengers who may have been trapped under the bus.

Search and rescue personnel had great difficulty reaching the bus, which rolled some 400 meters down into the dark wadi, where no lights could be seen. Fire rescue crews and helicopters joined the effort to reach those trapped below, together with personnel from United Hatzolah of Judea and Samaria.

According to Michael Chai Cohen, a Hatzolah volunteer who arrived to help, he had to head down to the bus by foot, together with the chapter head and others. “We had to walk for 10 minutes in the rain and the mud until we reached the bus,” he said.

“We requested helicopters to help evacuate the injured. Unfortunately, upon arrival, we found several victims who were unconscious and without a pulse.”

No Place for Guilt Over Israel’s Self-Defense 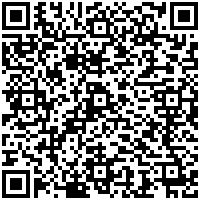