President Donald Trump was once again asked The Question on Thursday — that question — you know, the one he got asked on the campaign trail all the time about the “anti-Semitic thing” as all the loonies started coming out of the woodwork?

And it really set him off. The lucky journalist was a reporter from Ami Magazine.

And for readers who prefer to see the actual exchange word-for-word:

Here’s the full transcript of what @JakeTurx asked @POTUS at today’s press conference and the president’s response.

It’s not that the question wasn’t legitimate, however.  There has indeed been a spike in anti-Semitic incidents in the United States over the past year, and some of the neo-Nazi and white supremacist crazies even pledged allegiance to Donald Trump. The point is, it wasn’t about President Trump, and that needed to be crystal clear.

The same holds true for Europe, where anti-Semitism is also on the rise. In fact, 72 percent of European Jewish men no longer feel safe wearing a yarmulka — a visibly Jewish head covering — according to statistics quoted by Israel’s foreign ministry.

Among hundreds of reports, Chief Rabbi of the Netherlands Binyomin Jacobs said that most Dutch Jews have grown so accustomed to anti-Semitic insults on the street that they seldom bother reporting them. However, a trend of anti-Semitic incidents in Dutch schools has become particularly worrisome. In June, high school students at a graduation party in the town of Schijndel sang about burning Jews. As they entered the hall, some of the graduates broke out in song with the lyrics, “Together we’ll burn Jews, because Jews burn the best”- a chant sometimes heard at the country’s soccer stadiums

So the United States is by no means isolated or unique in the anti-Semitism that people are seeing, nor has it just magically appeared with the candidacy and subsequent election of President Donald Trump to the White House. Small wonder that the president, whose own father donated land in Brooklyn for the building of a yeshiva, and is the father and grandfather of a Jewish daughter and son-in-law plus their three children, finally lost his temper over the issue — especially having had the same question addressed precisely 24 hours earlier by a Jewish prime minister of Israel.

Yet the journalist at the other end of President Trump’s exasperation, to his credit, also remains determined to ensure his intentions were not misinterpreted. 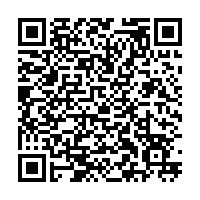