Speaking to a large rally in Fredericksburg, Virginia, Saturday, Republican presidential candidate Donald Trump accused President Obama of lying to the American people about the ransom the US paid the Iranians for returning three American hostages.

After lamenting the Obama Administration’s nuclear deal with Iran that gave the latter possession of its frozen assets to the tune of $150 billion, Trump continued, “Not to mention the $400 million in cash, which turned out to be a ransom payment after all, just like I said.”


“In other word, our president lied to us. He lied to us,” Trump concluded.

The cash payment to the Iranian government is the subject of the latest war between the Republicans and the Obama administration, with the Republicans saying the payment was ransom for the release of the three American prisoners from Iranian captivity.

President Obama and the State Dept. have been adamant about denying the ransom accusation, with the president claiming it was money the US owed Iran from well before the hostage incident, and had been announced as part of the nuclear deal with the Islamic Republic. The $400 million payment was part of the $1.7 billion settlement of a US arms deal with the Shah in the 1970s.

On Thursday the State Department insisted they withheld the payment as “leverage” because it made sense to condition paying the debt on the old deal on letting the Americans go, but that didn’t make it a ransom. 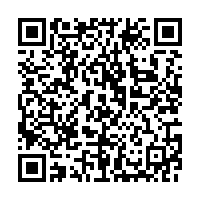