A senior official at the Palestinian Authority told Israel Radio Sunday that Israel has refused an offer for a preparatory meeting with the PA side ahead of a possible summit meeting in Cairo between Prime Minister Netanyahu and PA Chairman Mahmoud Abbas.

According to the official, the Cairo meeting is intended to prepare for the international peace conference which is being planned in Paris by the end of the year, possibly with representatives from both France and the US. Apparently, various sources have advised Netanyahu to send an envoy to meet with a PA representative to prepare the Cairo meeting, but Netanyahu refused.


“Netanyahu does not want negotiations for a permanent settlement, and as long as he is at the helm there will not be a Palestinian State,” the PA senior said.

The same official also told Israel Radio that the PA does not demand that Israel freeze settlement construction as a prerequisite to the Paris conference, but rather the freeze should coincide with the start of negotiations. He threatened that “should Netanyahu not arrive at the Paris conference, we expect France and the other participating states to recognize the Palestinian State, open Palestinian embassies in their own capitals and boycott the settlements.”

Regarding Defense Minister Liberman’s plan to bypass Abbas in developing communication channels with key people in the PA society, the senior official said Liberman has yet to learn the lesson of the Village Associations that were set up by the late Ariel Sharon as a bulwark against the PLO in Judea, Samaria and Gaza, which eventually became the Hamas movement.

“[Liberman] is treating the Palestinians as if they were animals: if they follow the rules they’ll get food, if not — a kick in the behind. The Village Associations failed then and will fail today. No one will work with Liberman, people here are not traitors,” the official said, adding, “Israel can’t run the same experiment, change nothing and expect different results.” 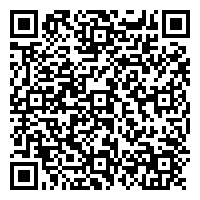