Turkish security officials on Thursday foiled what would certainly have been a series of massive terror attacks in a raid that netted suicide bombing belts, detonators and weapons.

Four men were arrested in the raid as authorities seized 24 explosives belts of the type used by terrorists for suicide bombings in a raid carried out in Gaziantap province, according to the state-run Anadolu News Agency. Several detonating mechanisms and other weapons were also confiscated during the operation, as well as 30 pounds (13.5 kilos) of explosives, according to the report.

Gaziantap is in southeastern Turkey and borders Syria. According to a statement from the provincial governor’s office, the suspects were receiving orders from “some senior group members operating in conflict zones in Syria.”

Last week Turkish authorities hauled in more than 800 suspects as part of Operation Euphrates Shield, a crackdown on Islamic State (ISIS/Da’esh) terrorist organization operations across the country that has been conducted since August.

Over the past year, Turkey has been forced to contend with constant attempts by terrorist groups to carry out deadly attacks in its capital, Ankara and its ancient city of Istanbul, which straddles the European and Asian continents. 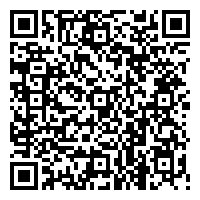