The blog post quoted a piece in the British Jewish News Online that was published with an apology from the aforementioned politician, another Labour Party member who is also the leader of Brent Council.


Muhammed Butt, who is the Lead for Equalities at London Councils, shared a clip on social media that appeared to show a young girl from the Palestinian Authority in a conflict with an Israeli soldier. The clip was captioned at the bottom with the words, “Israel is a terrorist state like ISIS.”

After being ‘outed’ by the Jewish News Butt issued the standard politician’s apology, saying in a public statement: “I apologize for sharing this on social media. I do not agree with these views and as Leader of Brent Council I have championed diversity, tolerance and respect for all faith communities, and will continue to do so.”

He removed the post after it was brought to the attention of the public – and his political party – by the Jewish News.

But as with the other politicians of late, one questions how it is possible for him “not to agree with these views” if he shares the clip on his Facebook page, where it gains prominence.

The Labour Party has seen at least two politicians benched this past week as former London Mayor Ken Livingston joined MP Naz Shah in being suspended over rampantly anti-Semitic statements. Shah was suspended after a number of posts on her Facebook page from 2014 were ‘outed’ – including an entire graphic in which she advised the relocation of the state of Israel into the United States of America, including a list of reasons and benefits to everyone, especially the Arab world if that could take place.

Livingstone – who has also campaigned for Sadiq Khan – was also suspended when he commented that her actions were “over the top” but not anti-Semitic. To add insult to injury, he referred to Adolf Hitler “supporting Zionism before he went mad and ended up killing six million Jews.”

Moreoever, Livingston refused to retract his statement, insisting in an interview with LBC on Saturday that Hitler was a Zionist and that he was simply stating a fact. “I never regret saying something that is true,” he said. How can I have hurt and offended the Jewish community when the prime minister of Israel said exactly the same thing?”

The reference is to a remark last year when Prime Minister Benjamin Netanyahu told a meeting of the World Zionist Congress in Jerusalem that Hitler’s original intent was to expel all the Jews, rather than annihilate them; the slaughter came at the initiative of the Mufti of Jerusalem, Hajj Amin al-Hussseini, who argued that expulsion would result in all the Jews arriving in the Holy Land, where no Arab wanted them. Livingston contends that Hitler up to that point was a Zionist; furthermore, it was Netanyahu who made the point, he said.

The entire mechanism of the “final solution” clearly has utterly escaped his notice.

There appears to be a crisis developing in the Labour Party with regard to anti-Semitism which is apparently galloping out of control. Party leader Jeremy Corbyn claims to have been an “anti-racist campaigner” all his life – but he has also been a self-declared “friend of Hamas and Hezbollah” as well, and has protected his brother Piers after he made anti-Semitic comments as well.

Meanwhile the upcoming elections for mayor of London are fast approaching – and Labour candidate Sadiq Khan is becoming less and less likely to win the seat, given those who have been his greatest supporters.

In addition, the Home Affairs Select Committee of the House of Commons has just launched its investigation into anti-Semitism in the UK, even with its newly-suspended member still listed on its website. MP Naz Shah still appears as a member of the committee, and her photo and bio still appear on the website. 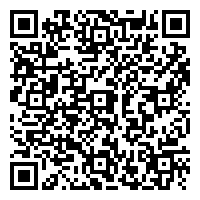