“As a longstanding friend of Israel, I condemn the passing of the Land Regularization Bill by the Knesset, which damages Israel’s standing with its international partners,” Ellwood said.


“It is of great concern that the bill paves the way for significant growth in settlements deep in the West Bank, threatening the viability of the two-state solution.

“We reiterate our support for a two-state solution leading to a secure Israel that is safe from terrorism, and a contiguous, viable, and sovereign Palestinian state.”

The Normalization Law would allow the government to compensate Arab land owners who are able to prove their claims of land ownership over the formerly empty plots where any settlements were built.

The owners would either receive a large financial package or an alternative plot of land.

In the case of land with unknown owners, the government could legally expropriate the land. The legislation would also require the settlement to have acted in good faith at the time it was built, and that its leaders did not know the land was privately owned. 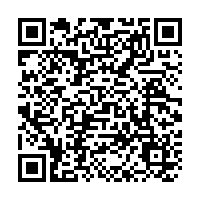