The Land Normalization Bill has passed into law in an historic vote on its third and final reading. The vote passed 60-52.

The bill would resolve the land ownership issues for the settlements once and for all, though not for communities where the court already gave a ruling, such as Amona.


The “Land Normalization Bill” legislation would allow the government to compensate Arab land owners who are able to prove their claims of land ownership over the formerly empty plots where any settlements were built. The owners would either receive a large financial package or an alternative plot of land.

In the case of land with unknown owners, the government could legally expropriate the land.

The legislation would require that the settlement had acted in good faith at the time it was built and they did not know the land was privately owned. They would also need to show some minimal form of government support in the town’s establishment.

Vice President of the Supreme Court Justice Elyakim Rubinstein mused in his opinion in the ruling on a delay requested by 9 home owners in Ofra, that the best solution in the case would have been not the eviction and demolishing of Jewish property, but using the then soon-to-become-law “Regulation Act of 2017” to pay off the Arab claimants and let the Jewish residents stay in their old homes.

The law still faces challenges from foreign-funded left-wing NGOs who will be taking it to the Israeli Supreme Court to get the law canceled. Israel’s Attorney General Mandelblit opposed the law, and said he won’t be able to defend it in the Supreme Court.

However, Justice Minister Ayelet Shaked told Channel 2’s “Meet the Press” in an interview on Sunday, “The country will take a private lawyer and the legal adviser of the Knesset, [Eyal Yanon] will help him defend it [in the Supreme Court, which may say the law contravenes international law.]”

MK Betzalel Smotritch (Bayit Yehudi) said, “This is an historic day for the settlements and the State of Israel. Today the State of Israel decided that the development and advancement of the settlement of Judea and Samaria is an Israeli interest, as it states in the law. The law decides that in cases where the State of Israel sent its sons and daughters, in good faith, to settle the land in areas that are not state land, the owner of the land will be compensated, just like they are in Little Israel, and we won’t need to, God forbid, expel any more Jews from their homes in the land of our ancestors. From here we will continue on to apply sovereignty, and continue to build and expand settlements everywhere in the land.”

Prime Minister Benjamin Netanyahu, who was visiting in the UK, planned to return to Israel in time for the vote in the Knesset plenum on the measure.

Israel’s Channel 2 television news quoted sources as saying the White House told the prime minister to delay the final vote until after his meeting with U.S. President Donald Trump on February 15, a little more than a week away, but Netanyahu has denied the report.

The prime minister has said he simply informed the White House of what was taking place, because “that’s what friends do. They update each other.” 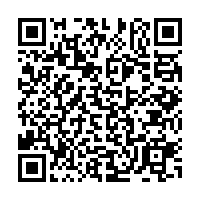