The Prime Minister of Ukraine H.E. Mr. Volodymyr Groysman will visit Yad Vashem on Monday (May 15.)

Groysman is scheduled to tour the Holocaust History Museum, participate in a memorial ceremony in the Hall of Remembrance, visit the Children’s Memorial and sign the Yad Vashem Guest Book, according to a release from Yad Vashem.

The Ukraine prime minister, formerly the country’s Speaker of the House, took office just one year ago following the resignation of Arseniy Yatsenyuk. He was the first Jew to occupy a high political office when he was elected to the Speaker’s position in 2014.

An ally of Ukraine President Petro Poroshenko, Groysman is a man in his late thirties was born to Jewish parents in Vinnytsia in west-central Ukraine.

Today Jews total approximately one percent of the population in Ukraine, whereas prior to World War II, nearly a third of the country’s urban population was Jewish.

Last week a high-ranking retired Ukrainian intelligence officer affiliated with the country’s Security Service wrote in a Facebook post last week that he wants to destroy all the Jews in Ukraine. General Vasily Vovk still holds a senior reserve rank with the Security Service of Ukraine, the service which succeeded the KGB in the country.

The Embassy of Ukraine told the UK-based Jewish Chronicle in a written statement that it “condemns all kinds of manifestations of antisemitism, xenophobia and other forms of intolerance, and is convinced that there should be no place for them in modern Ukrainian society.” 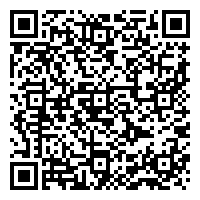