The U.S. issued a strongly-worded response Wednesday to the move by Palestinian Authority chairman Mahmoud Abbas to sign the Rome Statute joining the International Criminal Court at The Hague and 21 other international treaties.

Jeff Rathke, director of the Office of Press Relations at the U.S. State Department, said in a statement the actions taken Wednesday by the Palestinian Authority and Abbas were “counter-productive.”

In fact, Abbas directly defied the endless requests, recommendations and “advice” by U.S. envoys — including Secretary of State John Kerry — not to carry out such an action. It followed by one day the United Nations Security Council vote to nix the PA’s draft resolution submitted by Jordan demanding Israel withdraw its forces by 2017 from all territories conquered in the 1967 Six Day War.

Wednesday’s signature by Mahmoud Abbas in Ramallah means the Palestinian Authority may have the right to initiate international criminal lawsuits and investigations in the Court — against those who are also members. However, the entity will also be subject to the same scrutiny and will be held to the same human rights standards as well.

The U.S. State Department said in a statement, “We are deeply troubled by today’s Palestinian action regarding the ICC. It is an escalatory step that will not achieve any of the outcomes most Palestinians have long hoped to see for their people.” 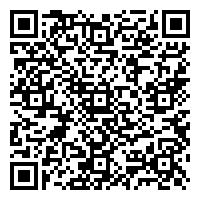