For the first time under U.S. President Donald Trump, American commandos landed Sunday in Yemen to attack a senior-level Al Qaeda unit in the al-Bayda province, a stronghold of Al Qaeda in the Arabian Peninsula (AQAP).

Sources in Yemen told international reporters that 14 Al Qaeda members were eliminated in the attack, along with 16 civilians. Included among the dead were at least four senior-level Al Qaeda commanders.


(Shortly after the president entered the White House, three senior-level Al Qaeda operatives had been neutralized in a drone strike in the same region.)

The U.S. Army confirmed the report and said that one U.S. Navy SEAL commando from Team Six was killed and three others were wounded in the effort, which came after a bombing raid of 45 minutes.

The attack represents a major change from the policy of former U.S. President Barack Obama, who used drones for most of his attacks in Yemen. Only two attacks on Al Qaeda in Yemen involved commando operations during Obama’s entire eight years in office.

Planning for this operation had begun prior to President Trump’s entry into the White House but the operation had reportedly not been given the go-ahead, according to Fox News.

“Americans are saddened this morning with news that a life of a heroic service member has been taken in our fight against the evil of radical Islamic terrorism,” President Trump said in a statement following publication of the report. “The sacrifices made by the men and women of our armed forces, and the families they leave behind, are the backbone of the liberty we hold so dear as Americans, united in our pursuit of a safer nation and a freer world.”

“We are deeply saddened by the loss of one of our elite service members,” Commander of U.S. Central Command Gen. Joseph Votel said in his statement. “The sacrifices are very profound in our fight against terrorists who threaten innocent peoples across the globe.” 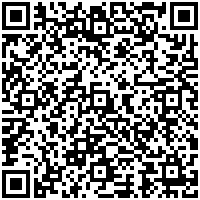