U.S. President Donald Trump invited Prime Minister Benjamin Netanyahu for an official visit to the White House next month, with the exact dates to be set in the coming days.


About a half hour later, the Prime Minister’s Office issued a more complete statement:

“Prime Minister Benjamin Netanyahu spoke to U.S. President Donald Trump this evening, in what was a very warm conversation. The PM expressed his desire to work closely with President Trump to forge a common vision to advance peace and security in the region.

“The two leaders discussed the nuclear deal with Iran, the peace process with the Palestinians and other issues. President Trump invited Prime Minister Netanyahu to come to Washington to meet him in February. A final date for the visit will be set in the days ahead.”

President Trump invited PM Netanyahu to come to Washington to meet him in February. A final date for the visit will be set in the days ahead

U.S. President Donald Trump told reporters at the White House, meanwhile, that his phone call with Israeli Prime Minister Benjamin Netanyahu was “very nice,” but made no other comment on the conversation.

During opening remarks to the weekly government cabinet meeting earlier in the day, PM Netanyahu referred to the phone call that was scheduled between the two men:

“We congratulate President Trump on the start of his term. I very much appreciate his deep friendship for Israel, as well as his declared willingness to fight radical Islamic terrorism with full force…

“There are many issues between us including the Israeli-Palestinian issue, the situation in Syria and the Iranian threat. I would like to make it clear, contrary to reports that I have read, that stopping the Iranian threat, and first and foremost the threat reflected in the bad nuclear agreement that was signed with Iran, continues to be a supreme goal of the State of Israel.

“On the issue of settlement, none are more concerned about it than the Likud government and I, and we will continue to look out for it wisely and responsibly, for the benefit of the settlement enterprise and the State of Israel.” 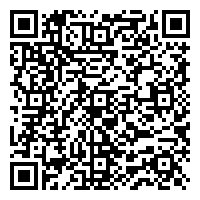