President Trump is set to sign a ban on refugees and immigrants from a several Muslim-majority countries, most notably from Syria, US media reported Wednesday. The news came just as Israeli Interior Minister Aryeh Deri (Shas) was announcing his decision, with Prime Minister Netanyahu’s approval, to absorb 100 orphans from Israel’s battle-ravaged neighbor to the north.

Trump intends to suspend visas for citizens of Iran, Iraq, Libya, Somalia, Sudan, Syria, and Yemen for at least 30 days, according to the draft version of the executive order. The order is described as a stopgap measure until “extreme vetting” measures are devised for these countries.


According to the AP, the order will include an exception for minority-religion refugees (Christians) fleeing religious persecution in their home country (Muslim).

During his campaign for the presidency, in response to terror attacks on Western Europe and the US, Trump declared he would ban all immigration from Muslim countries “until we can figure out what’s going on.”

On Wednesday Trump also called on Congress to approve the hiring of 5,000 border-patrol agents. The president repeated his promise to end the US’ “catch-and-release system” at its border with Mexico, whereby immigrants caught entering the US illegally were set free with a summons to show up at an immigration office later – which many did not always obey…

Meanwhile, the 100 Syrian children will receive temporary resident status, be placed in boarding schools and with Arab foster families, and later, should their families seek a unification, both they and their family members would be absorbed in Israel.

The Deri move received high praise from the left in Israel, as MK Itzik Shmuli (Zionist Camp) called it “an appropriate, good and righteous decision on the part of the government.” 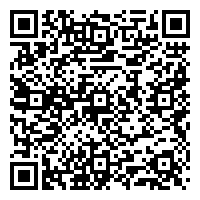