The United States government on Friday eighty-sixed the nomination of Salam Fayyad, Palestinian Authority Prime Minister from 2007 to 2013, to be the next United Nations special representative to Libya. According to the NY Times, the Trump Administration’s objection had to the with the fact that there is no such thing as a Palestinian state.

US envoy at the UN, Nikki Haley, said in a statement that the Trump administration “was disappointed” that UN secretary-general, António Guterres had already announced to the Security Council his appointment of Fayyad, seeing as it would make much better sense for the UN to be represented by diplomats from real countries, not imaginary ones.

Danny Danon, the Israeli ambassador to the United Nations, said in a statement: “This is the beginning of a new era at the U.N. The United States stands firmly and unapologetically beside Israel.” 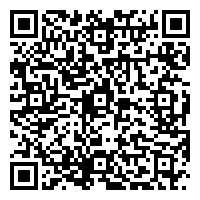