Muhammad Haji Mahmud, known as Kaka Hama, a veteran Kurdish commander who is also part of the Kurdish delegation headed by Barzani, told Rudaw TV that a group of US senators, which included the US Republican Senator John McCain, was “more enthusiastic” than the Kurds themselves about the proposed move.


The Kurdish official added that the US senators gave the Kurds their assurance that they will not be abandoned, ever again – a reference to past betrayals by the US administrations, in particular in the 1970s, when then Secretary of State Henry Kissinger withdrew American armed support for the Kurdish rebellion of 1975 against Saddam Hussein.

The Kissinger betrayal came against the background of the 1974 Second Iraqi–Kurdish War, between the Kurds and the Arab government of Iraq. Later, during the 1980–88 Iran–Iraq War, the Iraqi Army devastated the population and environment of Iraqi Kurdistan.

“All we heard in the room was [the message] of support. And that the Kurds will not be abandoned again,” Kaka Hama said.

The statement released by the he Kurdish Presidency on the meeting with the US Secretary of Defense James Mattis did not mention independence as one of the topics. It is safe to say that every player in the region – Iraq, Iran, and Turkey, would oppose an outright Kurdish independence: Iraq because this would tear off the country’s most prosperous region; and the other two countries because they fear demands for independence by their own Kurdish minorities. 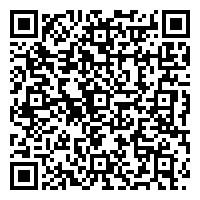