The White House on Wednesday confirmed that President Barack Obama and Prime Minister Binyamin Netanyahu will meet on March 3 and added that the Prime Minister’s visit “is a demonstration of the deep and enduring bonds between the United States and Israel, and our close consultations on a range of security issues.”

That was White House press secretary Jay Carney’s way of stating that Obama is ready to beat Netanyahu over the head to come up with a deal with the Palestinian Authority if he wants the United States to get serious over Iran’s nuclear weapons development.


President Obama also will be meeting with Jordan’s King Abdullah II this Friday. A meeting Saudi Arabia’s King Abdullah is also scheduled in the near future as tensions grows towards the supposed end of  U.S. Secretary of State John Kerry’s nine-month peace talk program.

Netanyahu will address the American Israel Public Affairs Committee (AIPAC) convention next month. He told the Likud Beitenu faction in the Knesset earlier this week that his visit to the United States will focus on Iran, the Palm, Israeli technology and tourism. 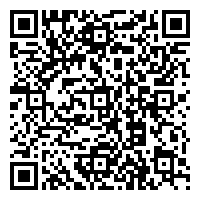