Egyptian army chief and probable next president, Field Marshal Abdel-Fattah el-Sisi, landed in Moscow Wednesday and is expected to sign up with Russia for a $2 billion arms deal in another move that could diminish American influence over Cairo as well as the entire Middle East.

After the Obama administration openly warned the Egyptian regime last year,it could face cuts in military aid from Washington because of its undemocratic policies, Saudi Arabia stepped into the break to offer help to Egypt.


The United States pooh-poohed the idea that it was losing its clout in Cairo, but Russia now is set to take advantage of Saudi financial aid to Egypt and boost its defense sales and to further erode the Obama administration’s position.

Russia has become a major thorn in the side of President Barack Obama over Syria and Iran. At the same time, the Arab world is increasingly fed up with the president’s foreign policy. Obama’s “engagement” with Iran has disappointed Saudi Arabia and the United Arab Emirates.

The former American administrations’ military actions in Iraq and Afghanistan have left behind anarchy, violence and rabid anti-Americanism.

It is no wonder that U.S. Secretary of State John Kerry is willing to go for broke for a deal between Israel and the Palestinian Authority. That would restore America’s shine to some extent, but if a deal is made, which is unlikely, and if it falls apart in the future, which is more than probably, the United States will be in a weaker position in the Middle East. 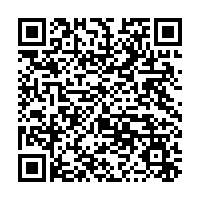