A July 22, 2015 Wikileaked email from Stuart E. Eizenstat, Deputy Secretary of the Treasury from 1999 to 2001 and one of Israel’s permanent friends in Washington DC, to Jake Sullivan, Deputy Assistant to President Obama and National Security Advisor to VP Biden (CC’ed to John Podesta and Huma Abedin), reveals that, according to Dan Kurtzer, who served as US ambassador to Egypt and to Israel, Prime Minister Netanyahu was offering the “transfer of more territory from Zone C (about 55 percent of the West Bank) under Israel’s sole control to Zone A, controlled by the Palestinians” in return for the Labor party joining his coalition government.

According to Kurtzer, speaking to Eizenstat, “Bibi wants badly to broaden his coalition by including Boogie (sic) Herzog and his Labor seats.” At this point, Eizenstat noted: “[Ambassador] Dennis Ross … also told me this week the government would not last beyond the end of the year and that Bibi wants to include Herzog and his Labor Party.”


However, Kurtzer told Eizenstat, “Herzog will not come in without clear commitments on the peace process.” And so, according to Kurtzer, Netanyahu is prepared to go a long way in making concessions to both the Palestinian Authority and to the Hamas government in Gaza. These concessions would include:

“Allowing Gaza reconstruction.” One is free to read whatever one wishes into this statement, which is accompanied by the cautionary note that “Israel is concerned pressures are building because of lack of economic opportunity.” One of the things it could mean is Israel softening control over the border crossings and risking letting through construction material such as cement and metal rods which could be diverted to building terror tunnels.

“An economic plan” for both Gaza and the PA, which Kurtzer suggested would introduce Qualifying Industrial Zones (QIZ), which are special free industrial parks being used by both Egypt and Jordan.

And the third sacrifice Netanyahu was willing to make in the summer of 2015, according to Kurtzer: “Transfer of more territory from Zone C (about 55 percent of the West Bank) under Israel’s sole control to Zone A, controlled by the Palestinians, creating more space for development,” and “More freedom of movement and fewer checkpoints.”

Naturally, according to the Eizenstat email, making life in Judea and Samaria easier for the Arabs would entail making life harder for Jews, as Netanyahu was offering to “build new homes only in tightly defined current settlement blocs.”

Were the shocking promises Netanyahu was giving Herzog in 2015, to give up Israeli security assets in exchange for a stable coalition, similarly unserious? Was Bibi fooling the Americans and Herzog just to force Liberman back into his government? Or can it be safely assumed that when the time comes for Netanyahu to choose between remaining in power and maintaining those Israeli assets — he’ll choose Bibi? 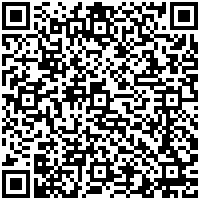