The January 22, 2013 general elections in Israel marked the emergence of two new parties; one, journalist Yair Lapid’s Yesh Atid, was yet another attempt to grab the undecided center among Israel’s voters; the other, Habayit Hayehudi, was a coalition of National Religious parties led by hi-tech executive Naftali Bennett and his long-time political ally, a 30-something computer engineer from Tel Aviv named Ayelet Shaked, who stood out as the only secular Jew in an otherwise Orthodox Jewish party. Both parties did well, although Lapid’s party took seven more seats than Bennett’s (19 vs. 12). Both parties also represent new challenges to the current power status quo in Israel, with Benjamin Netanyahu’s Likud leading a right-leaning coalition government over an opposition being led by Labor (a.k.a. Zionist Camp).

At this point in the life of the 20th Knesset, the polls are showing Yesh Atid as the new largest party, siphoning off votes from Likud’s centrist voters and Labor’s more nationalistic supporters, as well as from Finance Minister Moshe Kahlon’s Kulanu party which barely passes the threshold percentage in the polls. At the same time, Likud is also being bitten on its right flank, by Habayit Hayehudi. And, also for the first time, the National Religious leader Naftali Bennett has been speaking openly about his ambition to be Israel’s next prime minister, at the helm of a rightwing, pro-religious, pro-settlements government.

That ambition is a new thing to a party that, since its incarnation as NRP in 1956, has always seen itself as a second banana, always in government, be it with leftwing or rightwing majority parties, but never at the helm. And while Chairman Bennett has been outspoken about his ambition to carve out a new direction for the country in the image of his party’s ideology, another Habayit Hayehudi leader has been giving the nation an idea of how a national religious government would carry out its agenda — Justice Minister Ayelet Shaked.

Since the end of the 1990s, it has become clear that Israeli Jews are only going to become more traditional, even religious, and, consequently, the chance for a left-leaning party to receive the largest percentage of the vote will continue to grow dimmer. But while political positions have been given by the voter to rightwing governments, key decisions on issues that are close to the heart of the same rightwing voters have continued to lean to the left. This has been most notable in the liberated territories of Judea, Samaria and Gaza, where evictions of Jewish settlers have been carried out over the past decade and a half by rightwing-led governments, and those same governments have been refusing to implement Israeli civil law in Jewish communities hat have been living under martial law since the 1970s.

This is because the judiciary in Israel has been ruling as a shadow government, unelected and with a leftwing, secular agenda. In addition, Israel has had the most activist supreme court anywhere in the West, a court that has seized for itself powers well outside the norm in countries that uphold the principle of three branches of government. In countless cases, the high court has acted as a legislator, siding with the opposition against a ruling government (the recent vote on exploiting Israel’s natural gas come to mind, when the court torpedoed a government signed contract with US and domestic companies). The judiciary has also had its hand on the executive branch through the Attorney General and the legal counsels who are appointed to every ministry, and who often force the hands of elected officials using the threat of legal action against them.

The appointment of Ayelet Shaked to be the Minster in charge of this judiciary stronghold of the real power in Israeli society was received with a great deal of alarm and trepidation in the leftwing media, which called her “Israel’s Sarah Palin,” and accused her of inciting the mobs against the Supreme Court justices, “as if she were the worst [Internet] talkbacker and not the minister in charge of the holiest holy of every democracy — its separate and independent judiciary.” (Uri Misgav, Haaretz, Aug. 11, 2015).

The attack came in response to the new Justice Minister’s tweet on the same evening the Supreme Court was convening to rule on a law designed to block infiltration of illegal migrants from Africa through Israel’s southern border. Shaked tweeted that the law had already been quashed twice by the court, causing the infiltration, which had been reduced to single digits, to grow to dozens of new border crossings.

“If the law is revoked a third time,” Shaked tweeted, “it would be tantamount to declaring south Tel Aviv an official haven for infiltrators.” She then added that, until the court’s ruling, she would upload every two hours a new video describing the “intolerable life conditions of south Tel Aviv residents,” urging her followers to spread the message.

The court took notice and restricted itself to a few minor corrections, mostly regarding the length of time an illegal migrant could be held in a locked facility until his case is resolved by the Interior Ministry. The court continued to take notice throughout Shaked’s first year in office, and has been noticeably mindful of the need to avoid unnecessary friction with a Justice Minister who is probably the most popular minister in Israel. How popular? In 2013 she was picked by the Knesset Channel as the summer session’s most outstanding MK, and in 2014 as the second most outstanding MK of the winter session. In 2015 the Jerusalem Post ranked her 33rd on its list of the most influential Jews in the world. In 2015 she was ranked by Forbes Israel as the fifth most influential woman in Israel. And in 2016 Lady Globes ranked her second on its list of 50 most influential women.

Most importantly, Minster Shaked has afforded Israelis a view of a nationalist, rightwing politician who can be trusted to run the country’s third most complex system, after Finance and Defense. As Justice Minister, Shaked also chairs the ministerial legislative committee which decides which bills receive the backing of the government. Her role is comparable to that of the Senate Majority Leader and the Speaker of the House, in terms of influencing the legislative process. And the fact that she has been a competent, creative and resourceful Justice Minister might suggest to people in the secular center and right of center that her and Bennett’s party is worthy of their vote.

Shaked and Bennett are in troubled waters currently, over the fate of Amona, a Jewish community in Judea and Samaria that the Supreme Court has slated for demolition by early December, 2016, over claims to ownership of the land by Arab PA residents. The fact is that no one on the right in Netanyahu’s government believes that Amona could be saved, which Defense Minister Avigdor Liberman stated openly. Shaked wants to see the residents being relocated to a nearby plot of land, that could turn out to be just as problematic. But both Bennett and Shaked are also interested in advancing new legislation that would compel future claimants to settle for fair market value or comparable land from the Israeli government. At stake are an estimated 4,000 homes, the bulk of which were built as part of a government sponsored settlement program. The Supreme Court has rejected these “arrangement law” initiatives, and the current AG, Avihai Mandelblit, also objects to them, even though he himself is on the record as supporting them in the past.

For now, Shaked and Bennett are under attack by their voters, who cannot believe that a government that is as rightwing as this one would still engage in the forceful removal of Jews from their homes. And the last thing Shaked and Bennet want is to be forced to resign from Netanyahu’s government over this dispute.

Shaked, like Bennett, is a vehement enemy of the two-state solution. But she is also a liberal when it comes to many legislative initiatives. She has fought court activism; she objected to imposing jail sentences on Yeshiva students who refuse to enlist; and she supports a free and open market and reducing state regulations of businesses. She also believes in cutting down on new laws.

Spoken like a true, sane Libertarian. And a Libertarian who knows how to combine the principles of freedom with the ideals of nation and Torah — could make one fine prime minister some day. Which is why we believe 5776 was the year of Ayelet Shaked. 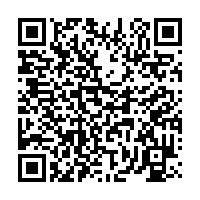