Minister of Religious Services Naftali Bennett announced on Sunday his support for the Mendelblit plan, drawn by the Prime Minister’s Office’s committee charged with the task of solving the problem of “inequality” at the Western Wall.

The committee is promoting a solution that utilizes a wooden balcony which has been built on scaffolding in the middle of Robinson’s Arch, near the Western Wall. The new section will permit mixed prayers of men and women and will be dubbed “Israel section.”

Women of the Wall are complaining that the plan will “effectively exile women and all Jews who pray in a way that is not ultra-Orthodox tradition to Robinson’s Arch and away from the area of the Western Wall where Jews have prayed for generations.”

According to WOW, should the new plan be executed, the government will be excluding more 50% of Jewish population to the “back of the bus.”

That’s a bit of a stretch, of course, since the majority of Israeli women feel quite comfortable in the women’s section – on those rare occasions when they show up at prayer services.

“Women of the Wall rejects the Mendelblit plan which dangerously circumvents the pluralist Sobel Disctrict Court decision,” WOW declared on Sunday. “We are at a crossroads for religious freedom and freedom of expression in Israel. Today this affects Women of the Wall but tomorrow it will affect every Israeli and Jew around the world. What has been proven today is that the bullies were victorious—with their assault, spitting and cursing at women. Mendelblit and Bennett have given in to the threats and violence of the Haredi extremist minority in Israel and this is a dangerous precedent for our democracy.”

WOW complain that, according to the proposed plan, the wooden stage erected at the center of the archaeological visitor’s center “is concerning only mixed prayer, and therefore does not provide a solution for Women of the Wall, a mixed women’s prayer section.”

An email they sent out Sunday contends that “The plan leaves control over the entire area in the hands of the Western Wall Heritage Foundation, an organization run by a vast majority ultra-Orthodox men. The stage is in no way equal topographically or geographically to the original plaza, nor does it come close to the Wall itself, as it stands to the back of the Robinson’s Arch area. This plan is the very definition of separate, and not nearly close to equal, it provides an out of sight- out of mind solution silencing women at the Western Wall.”

The argument is strangely familiar, reminiscent of Jewish complaints about how the Jordanian Waqf has been controlling the Temple Mount – but any attempt to solicit from WOW an expression of empathy for Jews on the Mount have been met with staunch denial of similarity…

When all else is lost, WOW are appealing to the one true supporter they have in the current government – you guessed it:

Appalling: The Jewish State Vs. Shema Yisrael on Temple Mount in Court this Week 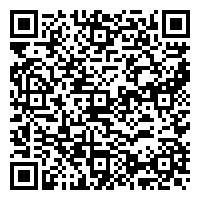