The South Africa-based Woolworths retail chain is threatening to sue the Boycott, Divest and Sanction group over customer and staff safety.

“Our employees, of all faiths and cultures, are telling us that they are feeling increasingly threatened by the protests,” Woolworths spokesman Babs Diamini said this week, according to South Africa’s Times Live.


“What’s more, the families of our employees have reported being abused and sworn at by BDS. If this continues we will consider taking further precautions, including legal action against the individuals involved,” Diamini said.

She added that it is not clear why Woolworths is being targeted and other major corporations are not, because “more than 95 percent of our food is sourced locally [and] the government continues to authorize trade with Israel.”

Other companies with ties to Israel include Coca-Cola, McDonalds, Danone, Nestle and Motorola. But BDS activist Mohammed Desai made it clear the movement would stay focused on Woolworths, acknowledging the group could not tackle every target at once.

“For now, Woolworths is our target. They are making a grave mistake by ignoring us and if we go to all those retailers our campaign will be diluted.”

BDS activists have demonstrated at more than 40 protests targeting Woolworths around South Africa. The group says it plans to raise the pressure at the retail giant’s annual general meeting on November 26.

Woolworths Holdings Limited is a South African chain of retail stores and one of the largest in the country, modeled on Marks & Spencer of the United Kingdom. The Woolworths brand incorporates a series of food stores, some of which are attached to department stores, while others stand alone or are attached to Engen petrol stations in prosperous urban areas. Some branches include an in-store restaurant, branded as “Cafe W”. Woolworths goods are sold at 149 corporate stores, 51 international franchise stores throughout the rest of Africa and the Middle East and 69 South African franchise stores nationwide. The chain was named after the United States chain F. W. Woolworth Company but, because of the contemporary trademark laws, the name was legally used without permission. No financial connection ever existed between the companies. 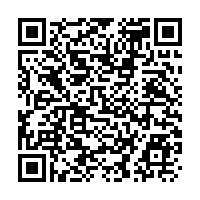