It seems a very long time ago that President Obama dismissed ISIS as a gaggle of “junior varsity” terrorists who couldn’t present a serious threat anywhere. But it’s becoming increasingly clear that the middle schooler at the table when the wars of the world are being fought is none other than President Obama himself. Obama’s lack of comprehension came in for some serious, if indirect, criticism earlier this week by Israel’s Minister of Defense, Moshe Ya’alon.

Yaalon was speaking Monday afternoon at the Woodrow Wilson International Center in Washington, D.C. about the surprise announcement earlier that day by Russian President Vladimir Putin that Russia was withdrawing the bulk of its military commitment from Syria because it has now “largely” accomplished its objectives.

Putin was careful to say that Russia would not be leaving completely, but would leave a significant force behind. Presumably Putin has learned a lesson from the complete abandonment of Iraq by the U.S. That abandonment resulted in the loss of virtually everything the US gained by conquering that country under Obama’s predecessor, President George W. Bush.

Speaking as he was in the U.S. President’s back yard, Yaalon had little to say about the US abandonment of Iraq. But he had a lot to say about Syria – a country that borders Israel and with which Israel is still nominally at war. A Syria controlled by Islamists is a serious threat to the safety of the Jewish state. And he had some equally blunt warnings about Iran.

Many will recall that, back in 2013, Obama explicitly and categorically demanded that Syria give up its chemical weapons or face the wrath of the U.S. Assad refused to comply. The silence from President Obama was deafening.

The Russians promised to take control over all chemical weapons. But Assad was accused of continuing to use such weapons only two days ago by the Syrian-American Medical Society, which recently issued a report on the subject, discussing the wide variety of chemical weapons and delivery systems used by Assad and by all of the numerous other, non-state fighters supporting and opposing him over the last five years.

As much as Israel might prefer stability in its neighbors, Yaalon said categorically that there would be no stability any time soon on the territory of what was, until 2011, the sovereign and undivided nation of Syria.

THERE IS NO WAY TO PUT HUMPTY-SYRIA TOGETHER AGAIN

Rather, as first reported yesterday by The Washington Times, Ya’alon opined that the nation of Syria no longer exists and won’t be coming back: “there is no way to unify Syria,” Yaalon explained. Putin claimed that Russia is leaving because his ally Bashar Assad again sits safely in power. But Ya’alon made clear that that was, at best, a fantasy. The country has been divided up into numerous enclaves each run by a different tribe, religion or warlord.

And at this point, after five years of intense, urban combat that has killed over a quarter of a million people and created many hundreds of thousands of refugees, “there is no way to unify” the country. The best that Assad and the Russians can hope for, Ya’alon explained, is an Alawistan, a Druzistan and other semi-autonomous areas that might, to a greater or lesser extent, leave each other alone.

Notwithstanding recent fitful efforts by Israel and Turkey to get along better, Ya’alon also predicted, or perhaps even called for, an autonomous region for Kurds — even though such a development would be anathema to the leaders of Turkey, who have fought the Kurds for decades to prevent them from attaining independence and escaping the Turkish boot.

IRAN AS A PRIMARY DESTABILIZING FORCE

Ya’alon also explained that the U.S.-driven Nuclear Iran deal has further destabilized the Middle East and created a threat not only to Israel but also to the Sunni-dominated countries in the region. Iran is over 80% Shia and has been run by Shia mullah-dictators since the Shah’s overthrow in 1979. Obama’s gift to the mullahs of $150 billion in cash is now being spent on terror, and ballistic missile construction and testing. No country in the Middle East except Iran and its proxy states can actually be happy about those developments.

Ya’alon reminded his listeners that Iran has been supporting Houthi rebels in power in of Sa’ana, the capital of Yemen, and he explained the danger of Washington’s willingness to allow Iran to participate as an important negotiator in the talks over Syria.

“To leave us with an Iranian-dominated Syria — we can’t agree with it,” he said.

The hardheaded leaders of Israel and Russia, Ya’alon made clear, are facing the realities on the ground in light of the force structures, and tribal loyalties, that are actually motivating the actors there.

Ya’alon’s discussion of those realities was pessimistic. But it was based on facts and reflected the clear sight and deep knowledge of the neighborhood that Israel’s leaders absolutely must display. It was in stark contrast with President Obama’s opinions, ladled out to Jeffrey Goldberg and printed without much challenge in the Atlantic a few days before. There President Obama explained that his Middle East policies would work well “if only everyone could be like the Scandinavians.” 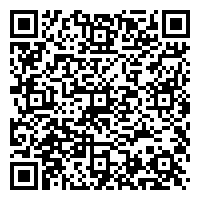