Title: When God is Near: On the High Holidays
Author:  Rabbi Yehuda Amital
Publisher: Maggid Books

One of the unique contributions of the storied Lithuanian mussar yeshivot of the latter part of the 19th and early 20th centuries, such as Slobodka and Navardok and in later decades Telz and others, was the phenomenon of periodic sichot mussar (mussar discourses) that became an integral part of the educational experience of the routine and life of the yeshiva. These sichot and the atmosphere around them became especially central to the life and learning of these yeshivot during the Elul period, the intense month of prayer, introspection and intense Talmud Torah leading up to the crescendo of the High Holidays and their unique flavor in the context of the walls of a high level yeshiva. Indeed, the unique combination of intense learning, soulful prayer, and piercing and moving discourses from the rosh yeshiva or mashgiah of those institutions led to the phenomenon of many graduates who were already out in the field of the rabbinate or other pursuits returning for a few weeks during Eul to their place of learning to recharge their batteries or re-experience moments of religious intensity, as described in the memoirs of prominent Lithuanian rabbinic figures such as Rabbi Avraham Eliyahu Kaplan and Rabbi Yitzchak Hutner.

This model was eventually adopted in almost all sectors of the yeshiva world, including those not formally part of the “mussar movement” and continues to be a central part of the yeshiva experience whether in hareidi, Modern Orthodox or Religious Zionist circles of all stripes and colors. One of the great contemporary virtuosos of the mussar sicha during the Elul months was my revered teacher and mentor, Rabbi Yehuda Amital, zt”l (1924-2010), rosh hayeshiva of Yeshivat Har Etzion, one of the leading Hesder Yeshivot in Israel. R. Amital, founder of the yeshiva and co-rosh yeshiva with my revered teacher, Rabbi Aharon Lichtentein, zt”l, led the yeshiva for 40 years before he retired and passed on the reins of leadership to a younger cohort of scholars.

For those 40 years, R. Amital delivered powerful and impactful discourses during the key moments of the month of Elul and the beginning of the Tishrei such as prior to the recitation of selichot, before shofar blowing on Rosh Hashanah and prior to Neilah on Yom Kippur. R. Amital also served as shaliach tzibbur for key portions of the services during Elul and the Yamim Noaraim, leading the packed beit hamedrash of 600-700 people in stirring tefillot that remain a major highlight in the memory and consciousness, 20 and 30 years after the experience, of those fortunate to attend those heady days in the beit medrash of Yeshivat Har Eztion.

Two years ago, R. Yoel Amital, the oldest son of R. Amital, and himself an accomplished maggid shiur at Yeshivat Shalvim, published a Hebrew volume of collected sichot (mostly from reconstructed notes of students and his father’s own written comments and marginalia) from the period of Elul and Tishrei under the aegis of Maggid Publishers and Yeshiva Har Etzion entitled Eit Ratzon (Time of Favor). This past year, this wonderful work has been translated by the publishers and issued as When God is Near: On the High Holidays. While it is impossible to fully capture R. Amital’s unique voice and cadence and the force of his personality on the written page, this volume gives the English reader a window and opening into the thought, personality and educational vision of this giant of Torah and leadership. Reading some of these sichot brought me back personally to the walls of that beit medrash in Alon Shvut as I recalled hearing a number of those discourses directly during my years at the yeshiva or visits in subsequent years.

The volume is divided by chronological points in the months of Elul and Tishrei beginning with a sampling of sichot delivered during the first night of selichot and culminating with a sampling of sichot delivered over the decades prior to the Neilah service at the close of Yom Kippur. A special section of the book is devoted to sichot on the themes of Akedat Yitzchak and its multiple messages which is of particular interest and touches on profound issues of faith, relationship to God and the nexus between our service of God and our ethical sensitivities. One subtext, that one cannot but keep in the background, is R. Amital’s own experience of losing his entire family in the Shoah and the suffering endured during his nine-month stint in a Nazi labor camp in 1944.

The sichot have been ably translated by Kaeren Fish and are accessible to people with a wide range of backgrounds. In these sichot, one is exposed to recurring themes that R. Amital returned to over and over again such as humility in the service of God coupled with the importance of belief in oneself and one’s abilities to achieve spiritual growth, the central value of serving God with truth and honesty and in the fullness of one’s humanity, the responsibility to the larger Jewish community and the State of Israel, and many other central themes of contemporary Jewish life. One of the unique qualities of these sichot – and one that R. Amital preached and practiced in his life – is the constant return to the sense that one should not only be working on improving their own spiritual connection to God, but the special responsibility that we have in our generation of rebirth coupled with high assimilation and alienation from Judaism to klal yisrael, appreciating their strengths and challenges and both praying for the entirety of klal yisrael and working to improve its spiritual state.

The sichot often begin in a deceptively simple way with reference to a well-known rabbinic source or portion of the High Holiday liturgy. Soon, however, one is taken on a wonderful journey of questions and profound suggestions that open up new vistas of thinking and understanding ancient texts. Along the way, one is treated to exposure to the wide range of sources that reflect Rav Amital’s multi-faceted educational and life experiences from his teenage years of learning in pre-war Romania, to his learning at Yeshivat Hevron after his liberation from a Nazi labor camp and his studies with Rav Yaacov Moshe Charlop, a prominent student of Rav Kook. In that journey, one meets up with the teachings from the wide range of Jewish sources including: midrash, Talmud, medieval thinkers and commentators such as Rambam, Rav Yehuda Halevi, and Rabeinu Bachya, kabbalistic sources such as Rav Moshe Cordevero and Rav Moshe Chaim Luzzato, Hasidic sources such as the works of Sefat Emet and Rav Zadok, and the writings of Rav Kook. R. Amital weaves together disparate sources and helps one rethink and revivify their own religious commitments.

Before closing, a very small quibble. From time to time, references are made to contemporary events such as the first intifida or the Gulf War or the massive Russian aliyah of the early 1990’s. Through this we are able to identify in which years that sicha was given. It would be useful in a subsequent edition of the book if the editors would also identify the years that the other sichot were given based on Rav Amital’s notes, student transcriptions or other research.

The editors and publishers of this volume have given a gift to all those in the Jewish world who were impacted by this giant of Torah, sensitivity, mach’shava and humanity. We eagerly await for publication of more of Rav Amital’s writings as we continue to sorely miss the force of his personality and leadership on the spiritual and religious scene today. 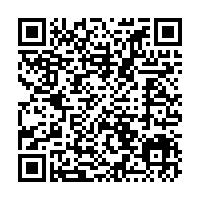