IDEX Abu Dhabi, the largest exhibition of public security and weapons in the Middle East, which is held every two years in the United Arab Emirates, refuses to take no for answer from the Israeli government when it comes to sending a delegation over. This follows the refusal of the Government Exceptions Committee on Sunday to allow the first of three Israeli delegations to take off for the Emirates, Calcalist reported on Tuesday (במפרץ מסרבים לוותר על התעשיות הביטחוניות מישראל).

Said Almansuri, CEO of the IDEX exhibition, wrote to Prime Minister Benjamin Netanyahu that he requests his intervention in approving the Israelis’ flight to the exhibition, which will open this coming Sunday.


“In the spirit of the Abrahamic Agreements, the IDEX exhibition will be the first opportunity for Israeli defense industries to display their products and services to governments in the Gulf region and to more than 100 delegations from around the world who come to the exhibition,” Almansuri wrote Netanyahu. “Participation is important in order to build relationships and evaluate the best solutions to the common threats we face.”

The International Defense Exhibition & Conference, or IDEX, is a biennial arms and defense technology sales exhibition. It is the largest defense exhibition and conference in the Middle East.

According to CEO Almansuri, 270 people from 50 Israeli companies signed up for the exhibition, which is being held under the auspices of the President of the United Arab Emirates and the supreme commander of its armed forces.

Almansour concluded: “We understand the complexity of travel these days, but we believe these are special circumstances. We, the organizers, make every effort to ensure the health of all exhibitors and visitors to the exhibition, observe all safety restrictions against the corona plague, and are seeking the assistance of the Prime Minister’s Office to enable the Israeli delegation to participate in the exhibition as planned.”

The exhibition, which opens February 21 and goes through February 25, is the first in which defense industries from Israel were invited to present their products and services following the Abrahamic Agreements and the signing of peace agreements between Israel and the Arab Emirates and Bahrain.

To date, Israeli arms manufacturers have sold their products to Middle East countries, with the approval of the defense ministry, but did so with a low profile and through third parties. Their participation in the exhibition was expected to encourage direct contacts and an accelerated pace of sales.

“This is a severe blow, beyond the money we have invested in the exhibition display and the possibility of meeting security representatives from the Gulf in public for the first time,” says a source in one of the defense industries told Calcalist, who estimated a loss of some $5 million that was invested in preparations.

“After the lull in security exhibitions this year because of the Corona, this would have been an opportunity for important meetings with officials from other parts of the world,” the defense industry source said. 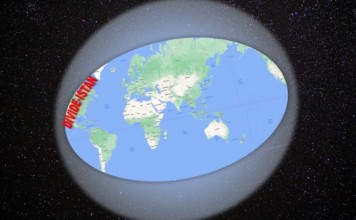 Divide-istan: Straight Talk about Breaking up the USA 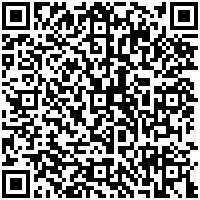