Prime Minister Benjamin Netanyahu on Wednesday told reporters on a flight from Gujarat to Mumbai that Indian officials have told him they were going to recertify the half a billion dollar deal for Rafael’s anti-tank Spike missiles and launchers, which had been canceled prior to the PM’s visit to India, Ha’aretz reported.

National Security Council head Meir Ben-Shabat, added: “The trend is positive and the details will be finalized later.”

Last Sunday, Ben-Shabat met with his Indian counterpart, National Security Advisor Ajit Doval, to discuss tightening security relations between their two countries, and “security transactions which are on the agenda.”

Netanyahu told Indian media that restoring the Rafael Spike deal was one of the main goals of his visit. He acknowledged the fact that the local military industrial complex was eager to get the contract for anti-tank missile deal, and said he believed an equitable solution could be worked out.

According to reports, it was the Indian military which pushed Indian Prime Minister Narendra Modi to restore the deal, because the local industry could not compete with the Israeli advanced technology.

Speaking of technology, earlier on Wednesday, Prime Ministers Netanyahu and Modi visited the iCreate Center for Entrepreneurship and Technology in Gujarat, where they met with young Indian entrepreneurs who presented their innovate projects. 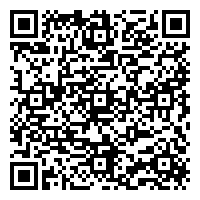