ELTA Systems, a division and subsidiary of Israel Aerospace Industries (IAI), has been awarded a $55-million contract for the provision of Multimode Airborne ELM-2032 Fire Control Radars to be installed on newly produced advanced combat aircraft.

The radar can be installed on a variety of airborne fighters. As one of the leading radars of its type, it is operational in many countries worldwide.

The contract is a repeat order, reflecting the customer’s high satisfaction with the radar and ELTA.

Yoav Turgeman, IAI VP and CEO of ELTA, said in a statement: “The Multimode ELM-2032 Airborne Fire Control Radars is a versatile radar and addresses several mission types in a single product. Its field of regard, long detection range and accurate tracking provides the pilots with full situation awareness, and its accurate information is used by the aircraft’s systems. We are excited about winning this contract, and are grateful that our customers consider ELTA’s radars as best in its class.” 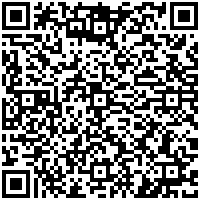