After a quiet night without rocket fire and retaliation attacks along the Gaza Strip, and despite the continued launching of incendiary balloons into Israel, the IDF on Thursday announced the removal of restrictions on the Israeli civilian population near Gaza and a return to routine.

Maj. Gen. (ret.) Giora Eiland, the former head of Israel’s National Security Council, on Thursday morning told radio station 103 FM: “The quiet is an expression the embarrassment that emanates from the gap between the inflammatory statements and promises made over the past week, and the government ministers’ reluctance to act on the things they themselves have said.”


“The way to avoid this dissonance is to remain silent,” Eiland said.

Eiland, whose 33-year military career began in 1970, and was then followed in 2004 with a stint as head of the NSC (through 2006), is a frequent commentator and contributor on local and international security matters on local and foreign media. In 2007 he founded a consulting company of national security and strategic services for governments and multinational organizations.

“The Israeli government has been zigzagging for eight months between two bad options,” said Eiland: “Leave the situation as it is or to embark on a military operation. The situation today is that Hamas is not interested in a major confrontation but is igniting small fires around the Strip instead.”

“At the national level, the current situation harms the residents of the Gaza vicinity, but does not harm 99% of the country’s population. From a strategic perspective, this is a tolerable situation,” the security expert stated.

“The second option is to embark on a large operation, whether only from the air or Protective Edge 2,” Eiland continued. “In such a case it won’t be just one rocket to Beersheba, but a round of rockets and exchanges of fire for several weeks, and when it’s over, Israeli deterrence may be slightly better than it is today, but it won’t make a big difference.”

“Between those two bad options, the first option is chosen, but the second option is ostensibly declared,” he noted.

Eiland was asked as to his position on Defense Minister Avigdor Liberman, who claimed on Wednesday that without a severe blow to Gaza it won’t be possible to achieve an economic settlement there.

“Liberman is wrong,” Eiland replied, “Israel’s deterrence is strong and effective. On the other hand, there is growing distress in Gaza. I support a third alternative.”

“The formula that Israel offers Hamas, of quiet in return for quiet, is unacceptable to them, because it leaves Gaza with only four hours of electricity a day, diminishing tap water supplies, overflowing sewage, 70% unemployment and the cessation of funding from UNRWA,” Eiland explained.

“They can’t manage the state they have established in Gaza based on this formula. Israel offered to provide humanitarian aid, but that too is not enough. They need to rehabilitate the Gaza infrastructure. The world wants to help Hamas rebuild the infrastructure, and it can be done via Israel, nor via Mahmoud Abbas. And so the current situation undermines Hamas’ rule, which until now has been stable as an authentic and popular movement.”

“Four years ago,” Eiland said, “At the end of Operation Protective Edge, it was decided to establish an international conference to rehabilitate the Gaza Strip. At the conference they allowed two cats to keep the cream:
Egypt was put in charge, with the funding to be funneled through Ramallah. Those are the very two players who aren’t interested in rehabilitating the Strip.”

When asked if after the restoration of the Gaza Strip Hamas would take care of the needs of its citizens, Eiland replied: “No. Extremist regimes operate according to short-term interests. Only if there are concrete agreements on the regulated establishment of infrastructure in Gaza, will there be a solution. Only then would Hamas be prepared to sign an agreement of quiet in return for quiet—and prisoner exchanges.”

“It’s us who are not prepared for such a thing to happen,” the retired national security expert said. 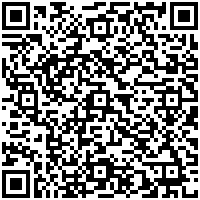