Toronto area police figuratively twisted the arm of a Chabad synagogue rabbi to cancel a scheduled appearance of radical Islam whistleblower Pamela Geller, who last month also was yanked from a speaking appearance  at a New York synagogue.

The latest politically correct censorship keeps Geller out of  the Chabad Thornhill synagogue in suburban Toronto, where she was due to speak next Monday.


Geller has campaigned against the Islamization of America, and she has been behind the anti-jihad signs that were posted in the New York’s subway system.

The salt in the wound inflicted by the Toronto police ban is that it was instituted by none other than the hate crimes unit of the police. Preaching against hate is grounds for a hate crime in the New Age New Speak.

And it just so happens that the Chabad synagogue Rabbi Mendel Kaplan is the same rabbi who serves as police chaplain.

Therefore, according to the York Regional Police Department’s logic, Geller’s appearance at the synagogue where he is rabbi “would place him in conflict with the values of our organization, which support a safe, welcoming and inclusive community for all.”

That is New Age talk for a “safe, welcoming and exclusive community for all” who are not included, such as Geller.

Police deny that they “threatened” to remove Rabbi Kaplan as police chaplain if he were to allow Geller to speak, but a York Regional Police spokesman told the Toronto Sun that if she spoke at the synagogue, “Then we’d have to reassess our relationship with [him].”

That is not a threat in New Speak. It is a “hint.”

The Jewish Defense League has rescheduled Geller to speak somewhere else in the city, but the police have not yet said she cannot appear.

The Canadians United against Terror group is launching an “anti-bullying” campaign and will picket York Regional Police headquarters Wednesday evening.

They have support from the capital’s newspaper, the Ottawa Citizen.

It wrote in an editorial last week, “The York Regional Police department should be ashamed. ….Insp. Ricky Veerappan, who heads up the force’s so-called Diversity, Equity and Inclusion Bureau, … told a reporter, “Some of the stuff that Ms. Geller speaks about runs contrary to the values of York Regional Police and the work we do in engaging our communities…..

“Veerappan’s conduct is appalling. Canadians expect police to respect Charter provisions protecting freedom of speech. They are not supposed to act as censors at the behest of a particular community.”

By the way, Veerappan is a member of  York Region’s Muslim community, which wanted to bar Geller from the country altogether, according to the Citizen.

Geller is familiar with censorship by those who not politically correct.

The synagogue explained to members on its website, “As the notoriety and media exposure of the planned program this Sunday have increased, so has the legal liability and potential security exposure of our institution and its member families.

“In an era of heightened security concerns, it is irresponsible to jeopardize the safety of those who call Great Neck Synagogue home, especially our children, even at the risk of diverting attention from a potentially important voice in the ongoing debate.”

Is there a concern for security stemming from the spreads of radical Islam in America?

Geller said in response to the ban at the Great Neck synagogue, “It is a very sad day for freedom-loving peoples when fascist tactics trump free speech.” 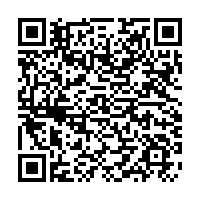